Tyler Durden captions California's latest dilemma as the state disclosing a "Huge $25.4 Billion Budget Hole, [and Asking] If It Should Pass The "Huge Challenge" To "Future Californians"" 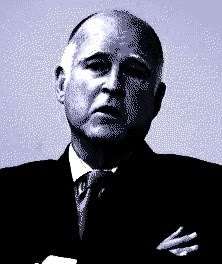 The California Legislative Analyst's Office has just released the latest fiscal outlook. It's not pretty. The state discloses a $25.4 billion budget "problem" which consists of a $6 billion deficit for the remainder of 2010-2011, and a $19 billion budget deficit forecast for 2011-2012, thanks to a $8 billion plunge in revenues for the general fund, as temporary tax increases adopted in 2009 expire...

Furthermore, as the state admits: "One major reason to stop passing the state’s problems to future Californians is that the state’s long-term fiscal liabilities—for infrastructure, retirement, and budgetary borrowing—are already huge. The costs of paying down these liabilities already are reflected, to some extent, in the state’s recurring deficits, but these costs will only grow in the future. By deferring hard decisions on how to finance routine annual budgets of state programs to future years, the state risks increasing further the already immense fiscal challenges facing tomorrow’s Californians."

Based on the current rate of emigration from the state, tomorrow's Californians may consist entirely of illegal immigrants, Steven Spielberg and the Schwarzenegger family.

I'm sure the timing is merely a coincidence.....NOT!