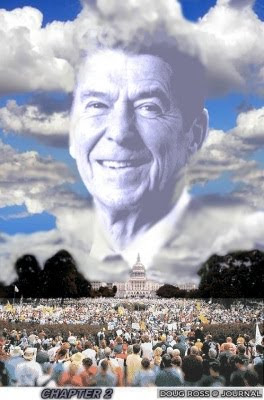 Let's Take This Country Back: AT (Jackson)
GOP tries to woo Manchin: AnBlkCon
Mark Kirk Already on Track to Vote Against GOP: RWN

Nostalgia: Things I Don't Miss About Bush: Malkin
LA "Missile" Update: Possibly Not A Missile After All: Ace
A Graphic Representation of the Path of That 'Missile': Patterico

California: Two Shades of Blue: AmSpec
Employee Rights in the Crosshairs Again at the NLRB: ShopFloor
Spending Less for a Better Education: AT

Ouch: McConnell Working Quietly Against Earmark Ban?: Ace
Back to the Future with Jerry Brown at the Helm: PJM
Leftist McCaskill Leads List of Most Endangered Senators in 2012: GWP

Obama, Chinan and Beinhart's Revisionism: Ace
Blowing Some Hot Air Works For Some Blogs: The Ed Morrissey Interview: IBD
California is not the "Lindsay Lohan of States," it is Courtney Love: BlogProf

Left-wingers interrupt PM's speech in Louisiana: Matzav
Obama A Little Too Interested In The Fact That Communists Are Part Of India’s Mainstream: NiceDeb
Operation Fetal Position: AT (Geller)

Tales of 57 States: Nancy from Wonderland: AT (Cary)
There's an App for That: Carol's Closet
Having A Stench Is The Hip, New Trend!: RWN

Well this link should be on everyone's ugly list:

Seems Hillary Clinton still thinks the taxpayer money is hers to waste away. Noting, she still doesn't even want to pay her own campaign debt, continuing to ask others to pay it off.

Recently, NATGEO showed an overt Hillary Clinton promo-advertisement, disguised as a documentary on the State Department. It showed the massive waste of lavish funding for those working in the State Department, the peddling of influence, and the absolute clueless nature of 'smart power' - which is predictably obsessed about IMAGE. It is a Clinton trademark, to have their associates via the Entertainment Industry produce overt 'cons' on behalf of the Clintons. Meanwhile the foreign policy is an utter failure, as IRAN grows to undermine all and is enabled to become a NUKE Power.

Thank you for the link, Mr. Ross