Thanks, Democrats: One of Nation's Largest Sellers of Long-Term Care Insurance Announces It's Exiting the Market

There may not be an official "public option" in the Democrats' health care bill, but that isn't helping the dozens of private insurers wounded by the bill. The thousands of pages of law, regulations and dictates have removed all predictability for insurers and have forced many to reconsider their presence in the health insurance business.

One of the country's largest purveyors of long-term care insurance announced earlier today that's it is leaving the market altogether. 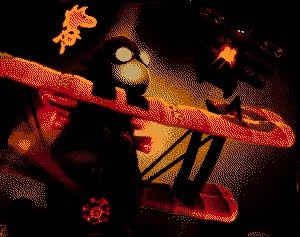 MetLife announced it’s discontinuing the sale of new long term care insurance coverage (LTCI) on Thursday. The decision comes after an extensive review of the business but will have no impact on existing insureds’ coverage as long as premiums are paid on time.

...According to the Wall Street Journal, MetLife is among the bigger sellers of the coverage, with about 600,000 policyholders, or about 8%, among the eight million who have long-term-care insurance in the U.S., according to the company and an industry trade association.

The announcement comes as a surprise and at a time when companies like John Hancock Financial are asking state regulators for an average 40% increase for most of its long term care policyholders...

Gee, I've been out of the country for a while. How's that whole ObamaCare thingie working out?

Unlike those evil health insurers, the federal government is a real monopoly from which there is no escape and no appeal. That's why the average wait for a specialist in Britain is about 18 weeks (that's more than 4 months for you Democrats), at which point many needing specialized care could be dead.

But don't worry, folks: our beloved leaders in Congress aren't subject to the same requirements that us little people are. So they'll be around for a really, really long time. Kinda like the old Soviet Union.