Democrats' Cavalcade of Corruption Continues Apace: New Evidence Against Maxine Waters May Make Her Radioactive in 2011

Quick quiz: which of the following Democrat luminaries enriched themselves the most at taxpayer expense? (Please choose only one*)

Answer: I have no freaking idea. Why are you asking me?

Ed Morrissey explains that the rocket scientist known as Maxine Waters is the latest crook Democrat to visit the hot seat.

...The New York Times reported over the weekend that the House Ethics Committee suddenly postponed the trial of Maxine Waters on ethics violation because it found more evidence of direct intervention by her office to benefit the bank in which her husband owned a substantial interest.... [The emails show] her chief of staff directly coordinated with other members of the House Financial Services Committee on behalf of OneUnited... 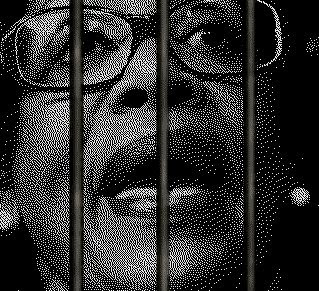 The e-mails are between Mikael Moore, Ms. Waters’s chief of staff, and members of the House Financial Services Committee, on which Ms. Waters serves. The e-mails show that Mr. Moore was actively engaged in discussing with committee members details of a bank bailout bill apparently after Ms. Waters agreed to refrain from advocating on the bank’s behalf. The bailout bill had provisions that ultimately benefited OneUnited, a minority-owned bank in which her husband, Sidney Williams, owned about $350,000 in shares...

...A person directly involved in the investigation said the new e-mails could show that members of her staff continued to work on the bank’s behalf... “It may directly contradict a bit of Maxine’s story, if not the actual facts, the way she has told it,” said the person, who did not want to be identified because of the sensitivity of the trial.

Waters may not be the only Democrat in trouble if this is true. The e-mails used loaded but generic terms like “small bank language,” a code for the known interest Waters had in OneUnited...

That opens up questions about the ethics not just of Waters but of those committee members who cooperated with Moore and his pleas for “small bank” assistance. OneUnited ended up with millions in TARP money, and unlike other applicants, got to count that cash among its assets before actually receiving the money. The preferential treatment the bank received — unique among over 700 applicants for TARP money — seems oddly coincidental to Waters’ status and the newly exposed machinations of Moore on her behalf.

I love the smell of censure in the morning. It smells like victory.

One option was not offered-all of the above.