Democrat-controlled City of Cincinnati, running a $100 million budget deficit, leaves the lights on for you [Amalaur]

Cincinnati, Ohio is a city not unlike many others around the country. It has a bloated pension system that is woefully underfunded. It has a city council that is either corrupt or incompetent or both, depending on who you talk to. The local chapter of the NAACP reports that the city's budget deficit is over $100 million, which is a huge amount for a city with a population of a little over 300,000. 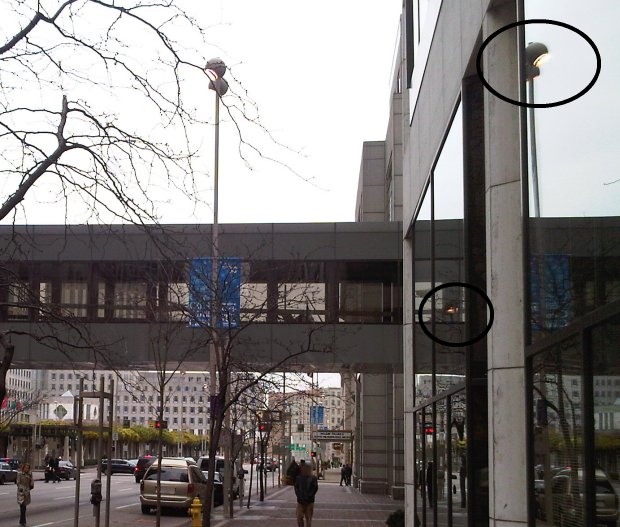 In the midst of this budgetary crisis, the pinheads in city management, to include a dysfunctional city council, a city manager, and a mayor (heaven knows why all of these are needed, plus they are dominated by Democrats), want to build a multi-million dollar streetcar system. And check this out: it would run right through the most crime-ridden area of town. It would start just north of the crime zone in an urban area near the University of Cincinnati and... end just south of the crime zone downtown, so you could see how normal folks would just love to ride it, especially at night.

So while all this is going on, the gang that couldn't shoot straight is blowing money left and right on other projects too. The city budget is north of $1.1 billion. The city has been shrinking for years and, despite this, it has 6,000 full-time employees (or 1 for every 50 people). But only 1,800 of those are police or fire-fighters. And 2,000 additional part-timers are hired in the summer for parks and recreation.

So the past few days I've been meeting people for lunch downtown. I walked over to Rock Bottom Brewery and I've been noticing something weird. Every street light is lit up like a candle at noon. These aren't small lights and they extend block after block after block.

This is on Main Street and Fifth facing P&G. Every direction the lights are turned on. This is at noon, so it's not like they just left the lights on because of a daylight savings time change. This has to cost thousands and thousands of dollars to keep these lights on.

But that's the city government of Cincinnati for you. They can't even install a timer for the street lights, but they want to build a streetcar system through a war zone while running a $100 million plus budget deficit.

I've said it before and I'll say it again: Democrats would be useful only as comic relief if they weren't in power. As it is, we all suffer from their terminally inane belief that Soviet-style central planning works. It doesn't. It bankrupts everything it touches and inflicts unending misery and poverty. Which explains the urban core of so many cities.

You may be absolutely correct, but it may also be a central photo control that's defective or simply dead. To repair it, somebody probably needs to get a lift or some such, and they probably need to do some scheduling.

In our town, there's a contract with a maintenance company that does the bulb replacement, and repairs. They do it on a schedule, and about once a year or so.

Maybe if the cost of the power to burn those lights were to be deducted from the scheduled maintenance bill, they'd get service a bit quicker...

Unbelieveable! Why not just flush the money down the drain?

Cincinanait is the corrupt sphincter of Ohio. It's worse than cleveland.

The Ohio taxpayer is taking it up the rear worse than a someone forced to endure a TSA pat down. I'm so glad I left Ohio and their corrupt cities decades ago.

I live in N. Ky. and work in a building very close to 5th and Main. I laugh my ass off every time I see crap like this. I am so glad I live in Ky and do not also have to make the Hamilton County, Oh tax payments on the two new sports stadiums that are behind in the mortgages, thanks to the crappy contract they got suckered into signing to keep the Reds and Bengals. Money for crap like this, but no money for schools or the things that really matter. ROTFLMAO