Robin of Berkeley's conversion to conservatism apparently offended more than a few progressives.

Witness the economic geniuses at Sadly, No F'ing Sense, who echo the standard liberal response to Robin's heartfelt article. 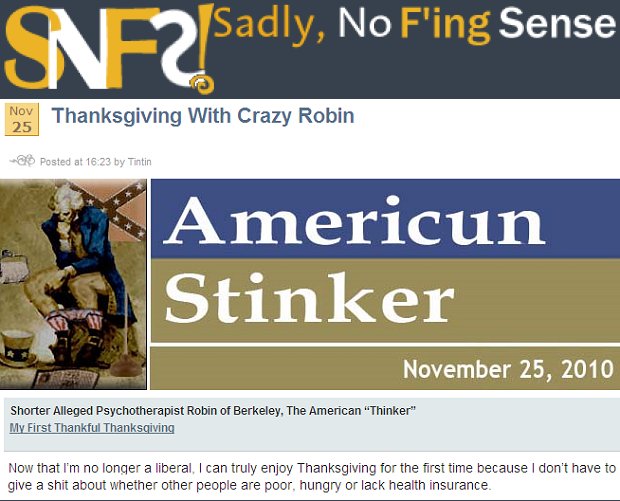 Never mind that the system that has enriched and fed more people around the world than any other is the free market -- otherwise known as capitalism, which the crackpottery routinely rejects. 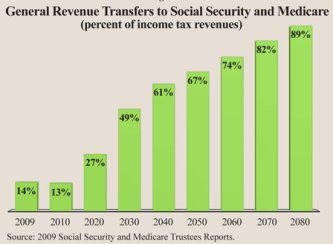 Never mind that the authoritarian and Fabian socialist systems that the left idolizes are collapsing as we speak.

Never mind that we already have Medicaid for the poor. And Medicare for the elderly. And those systems, too, are melting down.

Never mind that 75% of all pharmaceutical and medical innovation -- which the bankrupt NHS and Canadian health care systems freeload upon -- originate in the United States. And that those systems are bankrupt. Just like Medicare and Social Security. And the insanity of ladling on another monstrous entitlement -- a bill that no one read and fewer understand -- is just the ticket for the economic illiterates.

But facts, logic, reason and history have never been strong suits for the Left. Especially the jackasses at Sady, No F'ing Sense.


Linked by: Michelle Malkin and American Power. Thanks!

Never mind that 75% of all pharmaceutical and medical innovation -- which the bankrupt NHS and Canadian health care systems freeload upon -- originate in the United States.

Wow, is that a fact? I didn't know that. I will cite this blog as a source in the future when some uppity libberal says USA is not #1.

That's an angry crowd over at SNFS. Doug, I think you have a real admirer over there.

Yes, all of us liberals just love authoritarian regimes and hate on capitalism.

Believe it or not there are Democrats who love democracy and capitalism. We also believe in a little regulation to keep an eye on the Bernie Madoffs and Ken Lays of the world.

I'm 54 years old and willing to bet you that I collect SS and make use of Medicare. I've invested pretty well in those capitalist companies I hate so much, in any case.

Kev, dont' forget the Barack Obamas, the Chris Dodds, the Barney Franks, the Franklin Raineses, either.

Their combined multi-TRILLION dollar heist of our treasury makes Lay and Maddoff blush. Theirs was a kiddies' lemonade-stand rip-of compared to the TARP (Thanks, W.), TARP2, Fannie-Freddie, Pigford 1/2, and COUNTLESS other boondoggle payments to the loyalists (not to mention billions to Israel's enemies, and middle-of-the-night arms sales to same -- home of Mecca and Medina, have oiur finest arms!.)

May and Madoff are pygmy midget dwarves compared to the behemoth ginormous monstrosity that is Obama's crew.

This is similar to the rage from some disabled people when one of their own is made whole again. It reminds them that they have a disability.