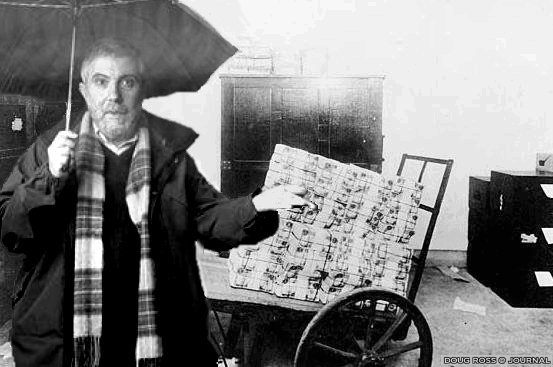 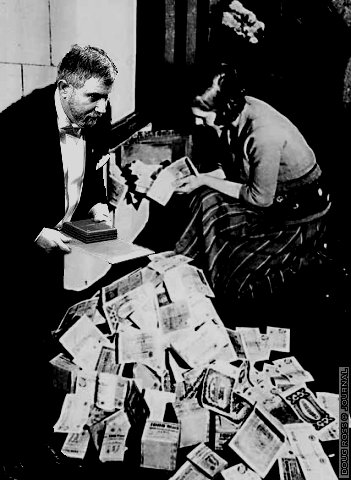 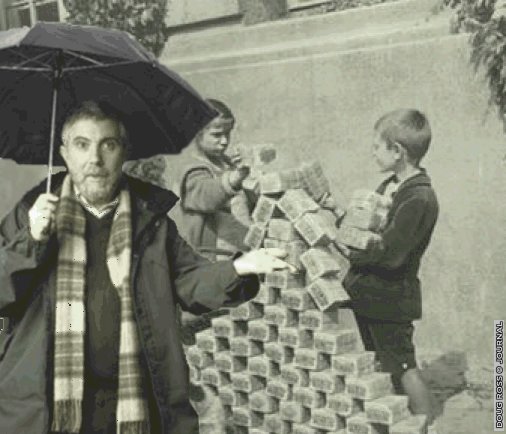 That would be the same Krugman who recommended that the Fed inflate a housing bubble back in 2002. Seriously.


Update: So how bad is quantitative easing?

At the height of the post-war inflation in Germany, a Hausfrau, wishing to buy some bread piled stacks of Reichsmarks into a large basket and trudged down to her local bread shop. While waiting in the usual interminable line, the Frau noticed a friend standing behind her, so she set her basket of money down and turned 'round to chat with her. After a few minutes, the Frau turned back only to discover to her horror, that her Reichsmarks had been dumped on the ground....and her BASKET had been stolen.

This is where we see the coincidence of two supposedly diametrically opposed political philosophies: both Rand Paul and Paul Krugman agree that that deadly budget cuts must be made. Why? They believe that the government must serve power of moneyed interests.