The modern public sector union bosses despise their membership. After all, the bosses vocally support open borders, illegal immigration and global warming legislation -- all of which destroy opportunities for "workers".

So if there's anyone out there who still thinks that union bosses support their members, this news out of New York ought to disabuse them of that quaint notion. 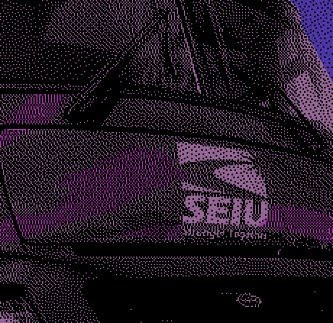 Gov. David Paterson is in the process of laying off 898 people as of Dec. 31 to plug a hole in the state budget, which assumes a $250 million savings in personnel...

Unions didn't agree to furloughs or a five-day pay lag -- meaning they would lose a week's pay now but get it back at the end of their state service.

Paterson said Tuesday that his only remaining option is layoffs. Notices will have to go out Dec. 10 to give the required minimum of 20 days' notice.

"There didn't have to be any layoffs at all. I don't want to lay off anybody," Paterson said at an event in Buffalo. "Layoffs add to the real crisis that we have, which is a revenue crisis. If you lay people off, you're bringing in less revenue."

Long story short: in the midst of a fiscal calamity, New York's Public Employees Federation has refused a 1.9% salary deferral -- not cut, deferral -- and instead chose to kick nearly 1,000 of its own members to the curb.

Union members need to reject their leaders en masse. They need to throw off the yokes of oppression and embrace economic prosperity, not the failed, fifties-style Marxist policies of the SEIU, AFSCME, the NEA, AFT and PEF.

They're out to destroy America and they need to be stopped.

Or, in the alternative, they could throw off their "Yokes". Unless they have egg on their faces or something.