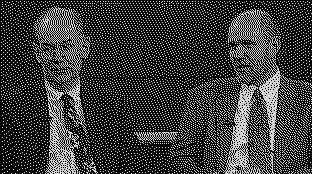 The Arabist argument goes something like this: Israel's "occupation" of the West Bank inflames the Muslim world and drives it away from America. Iran's nuclear program and its intention is surrounded in uncertainty and can't be known for sure. Attacking it now is not what Middle East countries want anyway. In fact, it would only make them angrier at us and even more livid about Israel. Ergo, keep the heat where it belongs - on the Jews.

Now see if you can square the Arabist party line with this: Saudi Arabia urges US attack on Iran to stop nuclear programme

It's reported the State Dept. called a number of countries to prepare them for the embarrassing revelations contained in the latest Wikileaks. I hope they had the decency to give a heads up to Walt, Mearsheimer, Chas Freeman, and their ilk too.

And Mere Rhetoric has some strong words for the Middle East 'experts' advising the White House. 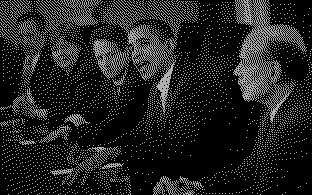 It didn’t get nearly as much play as it should have, but Obama’s June 2009 meeting with Saudi Arabia’s King Abdullah ended with the monarch flying into a tirade and more or less telling the President to get a grip. This was the Riyadh meeting that Obama took on his way to his insulting and failed Cairo Speech, the better to prepare himself by visiting “the place where Islam began.” The sit-down was such a disaster that Dennis Ross was hurriedly brought into the White House and given a broader role, yielding the impression that the President wanted a Middle East adviser who kind of understood something about the Middle East – and didn’t think he had one.

King Hamad pointed to Iran as the source of much of the trouble in both Iraq and Afghanistan. He argued forcefully for taking action to terminate their nuclear program, by whatever means necessary. “That program must be stopped,” he said. “The danger of letting it go on is greater than the danger of stopping it.”

Perhaps someone could loan Mearsheimer and Walt a few bucks so they can buy a clue.

And yet the Saudi's will be the first ones to condemn the attack on Iran's nuclear facilities, first one to offer assistance, and the first ones to blame the Jews inside the US for the "unprovoked attack" whenever it comes.

The Saudi royals have cemented their place in power by allowing the Wahabiists(sic) free rein. Don't think that any behind-the-scenes truths getting out will change this.

Expect the Jews to be blamed for "fabricating" these documents too.

"the Monarch flying into a tirade and more or less telling the President to get a grip..."

No doubt about it, the Democrats are yet revealed AGAIN to be utterly mindless on every policy.

Remember when they blasted the Bush Administration for NOT having direct talks with North Korea or Iran?

Now Hillary Clinton is revealed to having ordered Diplomats to SPY on other Diplomats?

Classic Clinton flop:
"The information to be collected included personal credit card information, frequent flyer customer numbers, as well as e-mail and telephone accounts. In many cases the State Department also required "biometric information," "passwords" and "personal encryption keys." In the US, the term biometric information generally refers to fingerprints, passport photos and iris scans, among other things."

Remember when the Democratic Partisans objected to the Bush Administration for wiretaps on terrorists?