Matt Drudge does an excellent job organizing today's SmartPower™ headlines for your perusal. 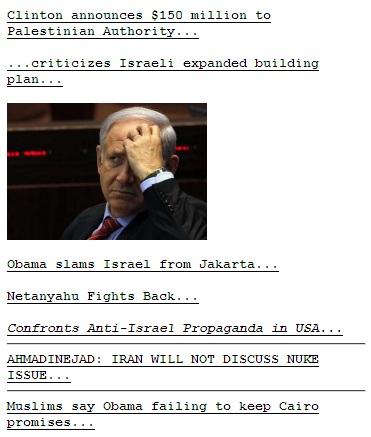 Dan from New York augments those stories with the following missive:

Barack Hussein Obama says he was born in the USA and that's good enough for me. Still, like any red blooded American, there is the pull of his formative influences: Third World, Marxist, Islamic. And so yesterday the President of The United States returned to Cairo by way of his boyhood Indonesia where he again reiterated the need for America to do more to eliminate "Muslim distrust." I for one hope the Muslim world will allow Mr. Obama enough time because we've seen what happens when they get mad at us. 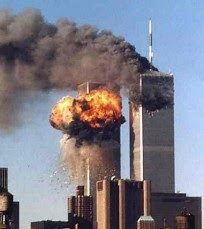 It still amazes how Hillary Clinton gets a pass, as she shares in this folly, even bashed Israel again in another trip overseas.

Smart power is a fiasco, and Hillary Rodham is making another predictable mess. Remember just awhile ago she and the Clintonites - especially the NYTIMES were telling us how Hillary was on the verge of peace in the Israeli-Palestinian conflict. Just another big fat joke from Hillary Rodham. Like when she flopped trying to bring the Olympics to NYC.

And now she returns to more bribery. Does she even realize those MILLIONS are the US TAXPAYER's? Does she grasp the same Clintonian appeasement only empowered the North Korean Dictatorship only a few years ago?

Wasting money is the Democratic Party mantra. Encouraging the worst around the globe is their unfortunate passion.