Question: What Happens When an Apartment Complex Catches on Fire in Thomas Friedman's Utopia? Answer: Ka-F***ing-Boom!

Thomas Friedman has a curious hankering for installing Red China's government here in the U.S.. He thinks that will make things run more smoothly. Like the trains, perhaps. He also thinks that we could become "greener", just like China.

ChinaHush offers another take on Friedman's Utopia. A recent apartment fire in Shanghai resulted in an unknown number of deaths (probably dozens) and injuries.

The root causes aren't just the bizarre, lax building codes (likely related to bribes more than standards), though they certainly played a part. Consider the response of the authorities.

Fire broke out at a 28 story apartment building in Shanghai at 2:00 in the afternoon, Nov15 (local time) causing at least 49 deaths. 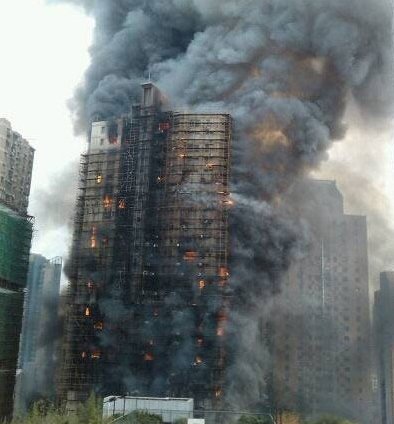 The building was located at Jing An district and was under renovation. According to Xinhua’s report, over 100 were rescued out of the building of 156 households so far. 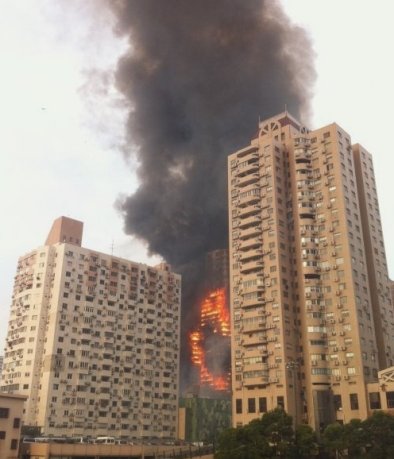 Well-known Chinese youth opinion leader Han Han happened to be at the scene and he had recorded what happened the whole time. 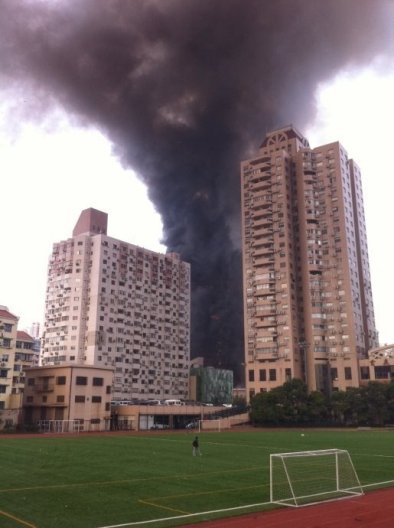 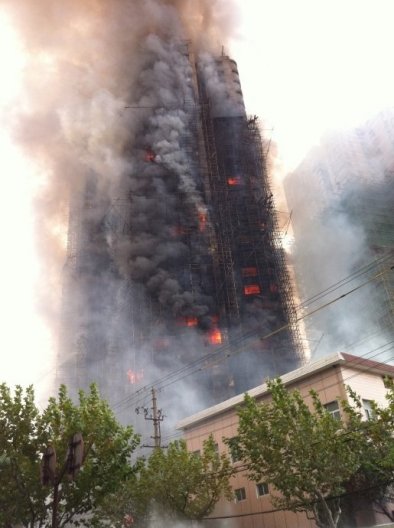 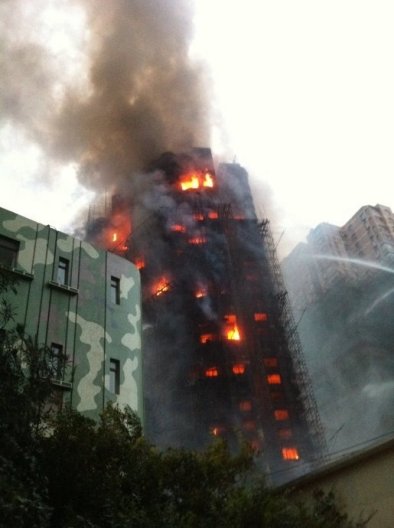 It took in excess of two hours and 20 minutes to get more than a single fire hose on-scene.

Thomas Friedman is a jackass.

That is a very intense looking fire. Like the whole building went up at once and super dark smoke. Love to know what a professional fire fighter thinks of these pictures.