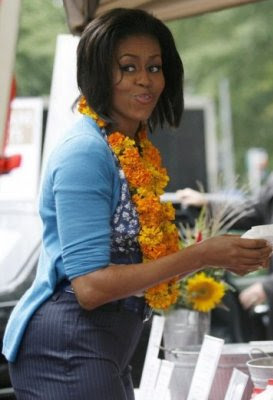 Government Moves on Food Supply: Moonbattery
You'll never guess who's getting a Medal of Freedom: Nice Deb
The Oklahoma Sharia Ban and Abuse of Power: AT

Throwing another log on the TSA fire: JOM
Stupid (TSA) Story of the Day: Patterico
Don't Touch My Junk: Hammer

Surrender Your Rights To The TSA, Or Stay Home: Bitter Patriot
All The News That Is Unfit to Print: Hanson
Happy Kool-Aid Day, Moonbats!: Moonbattery

When Will Obama and Holder Take Questions On How Their Grand Theory Of Civilian Trials Is Working?: Hewitt
Detroit News blames GOP for failing to extend unemployment, but US House dominated by Democrats 255-177: BlogProf
Olbermann tweets, calls someone a f***tard: Pundit Press

“Stop Being So Generous To Immigrants” Mayor of Overrun French Town Begs UK: WZ
Iran’s UN Human Rights Envoy: Stoning Is “Lesser Punishment Because You Could Survive”: WZ
Another day, another body of an Indonesian maid found in a Saudi garbage dump: Maktoob

Senator Jeff Sessions of Alabama has disclosed the tight-knit mystery of the contents of the--DREAM ACT. The contents of the DREAM Act, S. 3827 is not what most Americans believe it to be. Senator Harry Reid, Sen. Barbara Boxer, former Speaker of the House Nancy Pelosi and a whole list of far left flung Democrats may think he has fooled the people, but the truth is now out and should be inflexibly recognized as a Path to Citizenship or Amnesty. Not so much the students who would become naturalized citizens, but the chain migration that would snowball for all family members. As I have said before we are committing financial suicide, because the majority of guarantors never honor their affidavits to support the people they vouch? In the end the older family folks who have never paid into the Social Security system, become another public welfare liability.

To reiterate the dollar numbers have been calculated by the Conservative think tank Heritage Foundation and has analyzed the costs would be somewhere in the two and one half Trillion dollar mark (2.5 Trillion) for any new Amnesty. Every US taxpayer should decide for themselves if by passing the Dream Act is an economic plus for America. You must read the text of the DREAM ACT to understand the real costs and the propaganda spread by the hard Liberal leadership. Go to:

This blog page carries the major contents of the Dream Act that outlines the ramifications to the taxpayer, who carries the tax burden. For further information and a chance to contact your Senator or Representative with a--FREE--fax, go to www.numbersusa.com/


In addition learn about the buying and selling of your GOP, Liberals or Democrats and the extent of the influence of special interest groups and open border organizations at www.judicialwatch.org/ Learn about the secret funding by the Democrats to assist Sanctuary Cities to survive on your dollar. It seems that the Liberals don’t abide by the instruction in the US Constitution, straying away from every citizen rights with their own ideology.