Say, you didn't really need that heart transplant, did you? 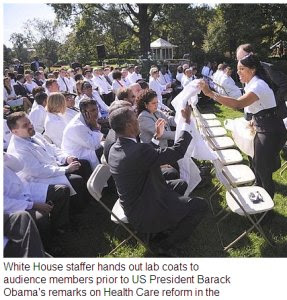 Last week, a new Congressional Budget Office (CBO) report updated the amount of money Obamacare robs out of Medicare from $500 billion to a whopping $716 billion between 2013 and 2022.

According to the CBO, the payment cuts in Medicare include:


...In total, Obamacare raids Medicare by $716 billion from 2013 to 2022. Despite Medicare facing a 75-year unfunded obligation of $37 trillion, Obamacare uses the savings from the cuts to pay for other provisions in Obamacare, not to help shore up Medicare’s finances.

Best of all, the Medicare trustees (PDF) predict that 15 percent of all major medical facilities will be operating at a loss in a mere seven (7) years. Which means, of course, that they will close their doors or dramatically reduce access to services.

Oh. And in less than 20 years, that same shortfall will apply to 25 percent of all major medical facilities.

You know how in England, 130,000 seniors are intentionally and systematically starved to death in their ultra-humane, socialized health care system?

Well, not to worry. I'm sure that could never happen here.

Because we have masterminds like Barack Obama, Nancy Pelosi and Harry Reid. And I'm sure they covered all of the bases in their 2,800-page "Affordable Care Act" bill, despite the fact that not one single person bothered to read it.

at 9:18 PM
Email ThisBlogThis!Share to TwitterShare to FacebookShare to Pinterest