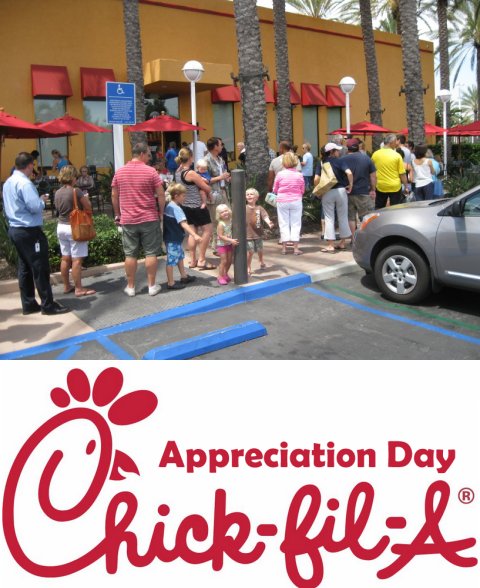 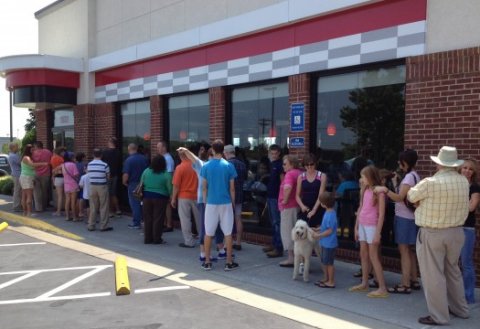 "Chicagoans hungry to flip the bird to Rahm, nicely": 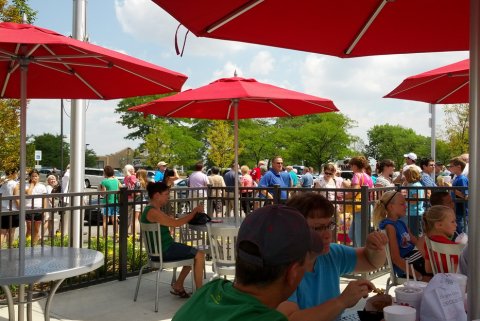 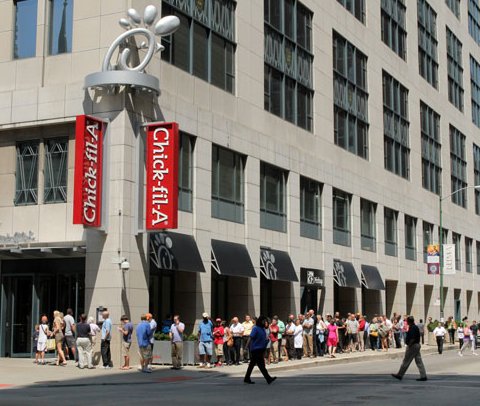 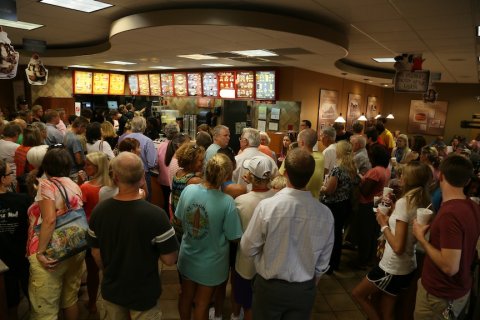 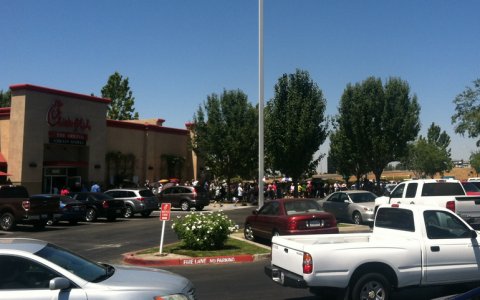 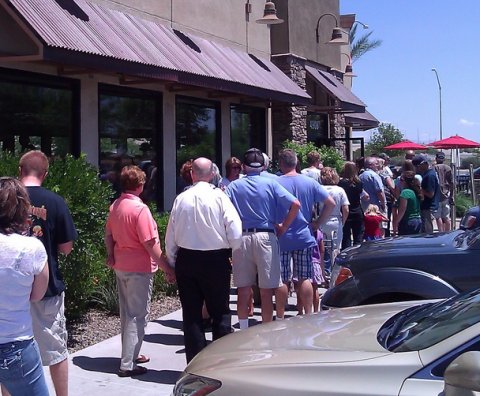 One correspondent said she "couldn't even get close" to the store in Asheville, NC: 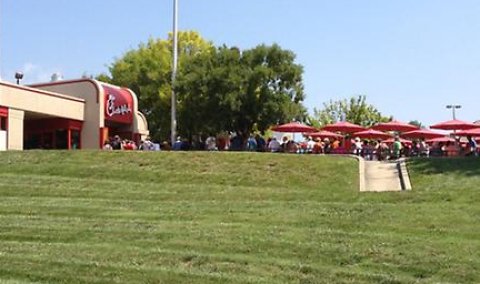 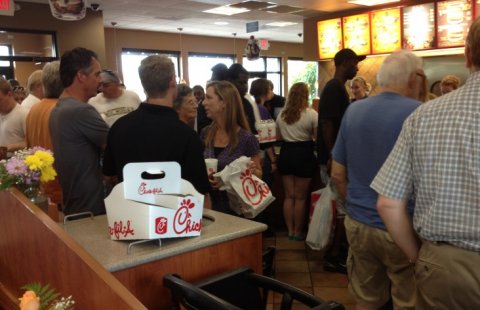 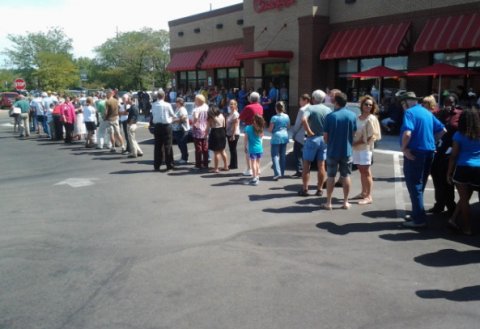 Ace has the quintessential summary of the situation.

Wow, look at all those damn radical hateful RACISTS. I just thought I'd give Sharpton, Jackson et al some help. I heard on Levin that the Fairfield CA shop was sold out of chicken. Employees were in the parking lot handing out coupons for free sandwiches.

Hey Barry, they did build this.

Oh how the ignorant that think they are smart will mock this day...the funny part is they will be the same people screaming "What Happened?" when their dear leader Odumbo is evicted after a land slide election of Mitt.

I believe that this says more about American values than any and all slanted polls.
By supporting gay marriage as part of their platform, the Democratic party and Obama have shown how out of touch they are.
They will find out how much, in November

Re-think. The people that came out for Chick-fil-a would never vote for Obama. Could this be the latest effort to re-direct the spot light off the economy?