KLAVAN: Fake global warming is one of the most serious fake problems not actually facing our nation today 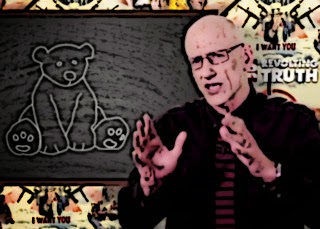 It’s time to take an hysterical and panicky look at fake global warming. Fake global warming is one of the most serious fake problems not actually facing our nation today. According to smarmy billionaire Al Gore, we must take useless and expensive actions immediately or the polar ice caps will be completely melted by two thousand and thirteen... which will be catastrophic when last year arrives.

Let’s examine the distorted facts. Between the years 1950 and 2000, the earth’s temperature increased approximately nine tenths of a degree Centigrade. Over the exact same period, the price of butter in Morris County New Jersey rose from 77 cents a pound to nearly four dollars. According to climate change logic, this means that if we give government the power to lower the price of butter in Morris County, the temperature should once again sink back to the levels of the 1950’s. And weren’t the 50‘s a fine old time! Who wouldn’t want those temperatures back again?

I realize there are some superstitious troglodytes who don’t believe in science. They insist we have to go on powering our country with oil and gas instead of using sustainable energy from the holy Vitraya Ramunong tree from that great, great movie Avatar. We’ve explained to them that 97 percent of scientists believe in global warming, but it means nothing to them, even though the number 97 percent has been scientifically selected as the most panic-inducing random number available.

You can watch the entire rant here and subscribe to Klavan's updates. Highly recommended.

That is why old Saddam messed up when he faked his election results and had 99% vote for him. Had he been smarter and picked 97%. he'd still be in power today

WHY THERE IS GLOBAL WARMING