If you were intentionally attempting to destroy America from within, how would you go about it? Last night, Mark Levin described the steps necessary (free MP3 podcast) to accomplish the task.

1. Rewrite the Constitution and break down its firewalls through Judicial and Bureaucratic fiat. ("Living and breathing") 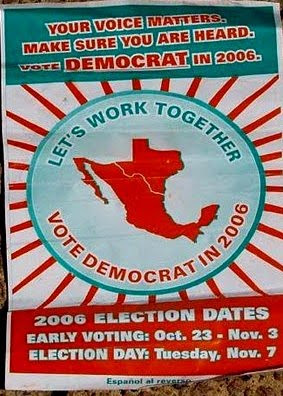 2. Concentrate all meaningful power in the Federal Government. ("The Bizarre Czars of Barack Obama")

3. Suppress and Repress the Individual by attacking his Unalienable Rights through laws and constant torment. ("Rube Goldberg Health Care")

5. Control Institutions of Education at all levels and turn them into Indoctrination Centers for the State. ("Dreams from my single-parent family")

6. Change the Citizenry by opening National Borders to virtually all comers and changing the qualifications for Citizenship to include mostly poor, uneducated illegal aliens. ("Fear this!")

7. Destroy the Private Financial Institutions that have funded the Greatest Production and Accumulation of Wealth for the Most People the World has ever known. ("Meltdown")

8. Destroy Capitalism and replace it with Redistributive Policies by Destroying the currency and Replacing it with a new currency or Revaluing the old currency. ("Culture of Destruction")

9. Eliminate American Sovereignty through arrangements and agreements with Foreign Countries and International Bureaucracies. ("The Global Poverty Act: Revenge of the Community Organizers")

10. Use American Foreign Policy not to improve American Economic and National Security, but to advance the Notion of One Government Globalism. ("Don't cry for me, America")

Stuart Varney: "This budget is a financial disaster [and] it is misleading... [it uses] wild assumptions and it will be much, much worse than advertised."

eerily similar to the six blunders of Obama's first year in office: