20 Reasons Why The U.S. Economy Is Dying And Can't Ever Recover As Long As Democrats Control the Levers of Power

Business Insider has the cheery analysis, listing 20 reasons we're in for a world of economic hurt. The most significant? 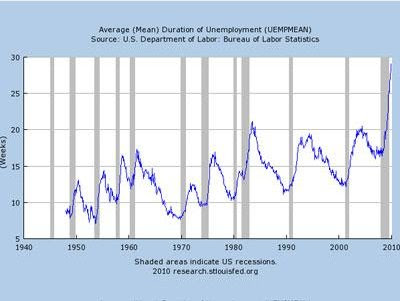 You want to see a hockey-stick graph? Try this unemployment chart, as businesses retract in fear over health tax mandates, cap-and-trade, card check, and heaven knows what else. In December, 6,130,000 workers had been unemployed for 27 weeks or more -- another Obama record. That's the highest total since they started keeping track in 1948. 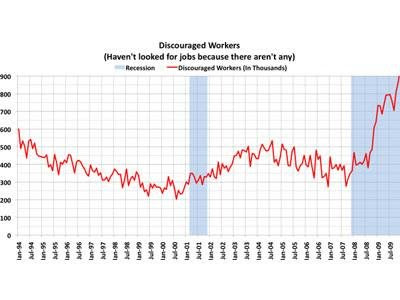 In December, there were also nearly one million "discouraged" workers. Those are the folks who've given up looking for work and are therefore not counted in the official stats. You guessed it: it's another Obama record -- the highest level ever recorded. 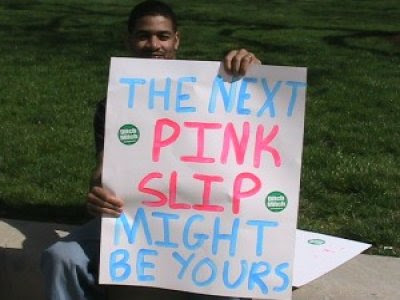 25 state unemployment insurance funds are already broke and 15 more states are on track to go bust within 24 months. States are now borrowing tens of billions from the federal government, which also is guaranteeing all losses incurred by the "job shop for unemployed Democrats" called Fannie Mae and Freddie Mac. 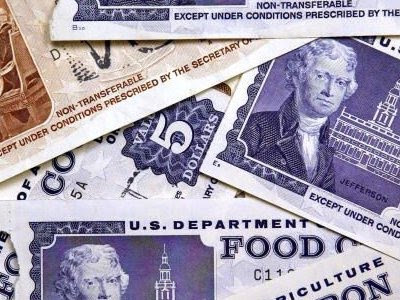 More than 37 million Americans currently receive food stamps with around 20,000 joining the club each and every day. Never mind that unchecked use of food stamps encourages dependency, single-parent families and crime. Those are facts, you see, and unimportant to Democrats. 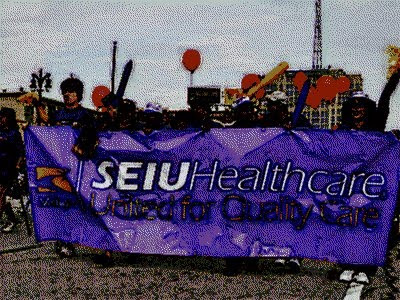 Public-sector unions like the SEIU have rung up some unbelievably outrageous bills for states, counties and cities. And many locales are simply going broke, burdened with underfunded pension plans and overly rich compensation packages. For example, more than 6,100 retired California government workers receive pensions in excess of $100,000 from CalPERS. The states' unfunded liabilities: as much as $3.2 trillion. 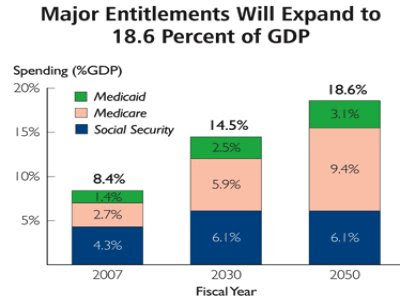 The delightful Democrat inventions of Social Security and Medicare are doomed. Millions of baby boomers are retiring and the trillions they poured into the systems during their working years were stolen by bureaucrats -- swept into the general fund and spent. There's no way to make the math work. It's that simple. 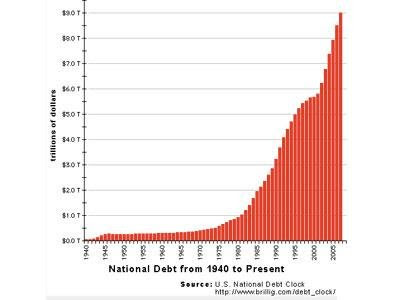 The U.S. federal debt has exploded since 2006, doubling in three years to $12.3 trillion and headed much, much higher with the proposed Obama budgets. Who will purchase the debt? What will happen when interest rates inevitably rise, adding huge additional interest payments to the debt? Just thank a Democrat. 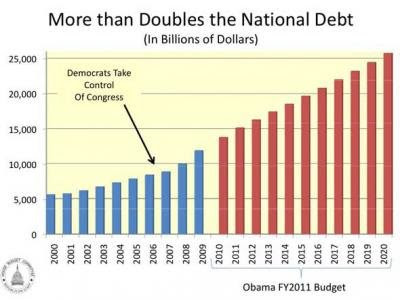 How has the government responded to this dire situation? Has it tightened its belt? Hell, no. Last week, Senate Democrats last week raised the debt ceiling, which will allow the U.S. national debt to reach approximately $14.3 trillion. That's $48,000 for every man, woman and child in the country. 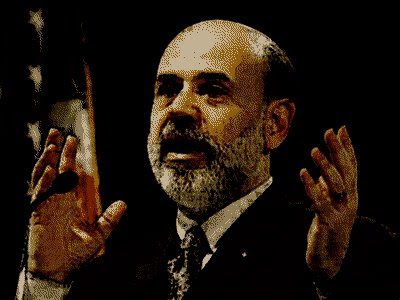 So how is the U.S. funding its operations? Why, through a massive Ponzi scheme that would make Bernard Madoff blush. The Federal Reserve bought nearly 80 percent of all U.S. Treasuries issued in 2009. In other words, the entire Democrat-controlled government is a pyramid scheme -- and taxpayers are the suckers at the bottom.

And that's before socialized medicine, cap-and-trade, card check and other disastrous policies -- hawked incessantly by the Party of Economic Destruction -- that simply choke free enterprise.

Democrats must be crushed in November at the ballot box, before it's too late.

"Democrats must be crushed in November at the ballot box, before it's too late."

I hate Repugs, but this is the truest statement I have read all week.

Republicans have more balls than Titlest to say that we are causing the economic downturn??? Health care will cut the deficit, save lives (nothing but wars appeal to you I realize) and is necessary for a moral country like ours. Bush undid all regulatory limits on business and they stole us blind!!!! They did more damage to our country than six attacks on WTC and look how much we have spent on two wars for 3,000 deaths!!!! That's Republicans! War is where it's at!!! With the democrats in power our country will go from Cold War trigger happiness to taking care of it's own people, with jobs, health care and safer hospitals-everything that's taking the lives of so many Americans will be addressed with Democrats on the job. Republicans are so busy spreading lies, rumors, myths, silly stories, conspiracy theories they don't know what they are doing.

40,000 people each year die from crappy to no health care. That is 100 times as many that died in the World Trade Center bombings by Bin Laden. If Bin Laden came here, did to us what the banking, insurance, Republican congress and President did over the last 8 years there would be some immediate action taken. If Bin Laden killed 40,000 EVERY year (no health care) then another 100,000 EVERY year (unsanitary/unsafe hospital procedures) then cost us 8 million jobs, caused millions of Americans to lose their pensions, savings and homes from lack of regulation, don't you think something would get done to stop it!??? As it now stands, everything trying to be done to correct these disasters are being obstructed by, GUESS WHO-the Republicans. THANKS glad you love America so much!!!!Bastards!!!!!

Both of you are too ignorant to see where we are headed as an economy. You have been blinded by socialist teachings with no history tossed in. Go back and look at all of the countries that have tried socialism and where they are today as an economy. You both are foolish boors.

Socialism? Is this what you have to say every time you hear something sensible, like saving human lives through safer, cleaner hospital practices, better health care coverage and fewer wars? Are you out of your rabit-assed minds???

LOOK UP SOCIALISM AND STUDY WHAT REALLY TRULY HAPPENED WHEN SOCIALISM TAKES OVER. There is a huge difference between it and what we are doing. Take a look at all the other countries with great health care and safe hospitals.....Are they running around with handcuffs on marching with legs out straight, working for the state, staying home on Sunday mornings cuz they can't worship???? NO no no and no. They are happily planning how they will spend their own hard earned money on vacations and new BMW's since they don't have to spend $1200 a month on health care and $120,000 on college educations. And they can go to the hospital and come out alive because their Doctors remember to wash their hands.

I am really angry with you Republicans for trying to prevent these great changes just so you can destroy Obama, the black President. You are the PITTS!!!!

Carol M. - thank you for visiting the site and your thoughtful response.

Consider the credit ratings of the major countries of the world.

One by one, they are set to default on their bonds, some sooner rather than later. What this means, in a nutshell,

The Founders of our country defied a centralized, authoritarian government in the British Crown. They established a Constitution that created the greatest society, the richest society, the most classless society ever seen on Earth.

Since the 1930's, the firewalls of the Constitution have been eroded. Now we debate nationalized health care when Social Security, years ahead of schedule, is already broke.

Carol, my friend, time's up. The U.S. is broke. And other countries are in even worse shape. Unless you want our children and grandchildren to live in poverty and misery, it's time to return to Constitutional government.

Collectivism is always doomed to fail.

Thanks Doug, you've hit the nail squarely on the head.

Unfortunately the ignorant morons holding our highest offices seem to think that for the first time in the world's history they can make their form of socialism bear fruit.

God save us from these pinheads.

socialism An economic and political system based on collective or state ownership of the means of production and distribution–although, like capitalism, the system takes many and diverse forms.

Our government is trying to offer health care that saves money, has 8% overhead compared to private healthcare with 33% overhead. Why do you want so many people to suffer? Are you guys untouched by the problems wreaked by the last administration? Nothing has touched you?

OBVIOUSLY, we are not a socialist country. Our businesses and production, distribution are NOT controlled by governement. However, we DO have successful Veterans health insurance, successful Medicaire, and successful Medicaid. Certainly someone you know receives a Social Security check every month. This works well also.

QUIT your bitchin' and DO SOMETHING to help during this time of complete and utter crisis!!! Instead you just say "NO". Do you deny the things I have said here tonight? NO, I didn't think so.....Be ashamed, be very ashamed...

We are SO going to beat the pants off you in 2012, hate to break it to you. You don't even have half a candidate yet. Palin? Brown? Gingrich? Maybe Romney, he has raised some millions after all. Your Tea Partiers are psychotic, and the rest love Beck and Hannity, two very psychotic thinkers. Since you have nothing to bring up about Obama, he's so much more intelligent than you and your base/candidates, you have to go off into la-la land and put a Hitler moustache on his photograph like school children!! Get a life, DO Something to HELP the situation and then a candidate will emerge who is sane. Nobody wants the people above running our country!!! Look what you already accomplished!

To pose a question, why did the Democrats' inability to pass "health care reform" pinned on the Republicans? Did they not have 60 votes? How can a minority party obstruct a clear majority that can invoke cloture to end attempts at filibustering a bill?

Carol, your side had the majority and all the afforded opportunity to accomplish such, but can't. Explain why?

If your side will beat the Republicans, why are you sounding like you're panicking?

Carol, are you out of "your rabit-assed mind?" At least research the issue before spouting off, or else sound like the fool you are. The issue with Healthcare reform has always been about the cost of it, not the quality of it. The quality of US medical care is such that the wealthy the world over come to us for their care, because they can afford to.

Carol, you are correct. Nobody wants Obama running the country (anymore).

Everywhere in the world healthcare is a human right. everywhere except the USA. Only here do we capitalize on cancer. To blame every single issue we have on one party is irresponsible. It shows your complete bias. The GOP has been ruining this country for decades. Its now time to put up or shut up solutions or nothing. Adding to the problem is not the solution. I will never vote GOP. Especially not blindly unknowing of the particular candidates. Good luck with your blind hatred of an ideologue.

Carol MacDonald - What la la land are you in? What did lifting the regulatory limits do when Congress was asked to look at the housing industry loans - they were rejected - everything is OK! Check out who was the President in Viet Nam. Maybe you should just look at facts rather than your political bias. Every change to our Social Security that has been stolen blind has been done by Democrats. Health care cost is driven by law suits, mostly without cause - who is one of the largest contributors to the Democratic party - you guessed it Carol - Lawyers! Reform I think not! How many people are going to Europe for Health care from the US?

Actually, you're wrong. It's a well known fact that 100,000 Americans die each minute from substandard health care.

At least get your facts straight before posting here.

"Rabbit-assed"? Did you perhaps mean "raggedy-ass"?

Precision, even in matters of invective, will make your arguments just that much more effective. And, if you take all your medications -- and I do mean all of them -- you can keep the hysteria reasonably controlled. Pretty much.