At a campaign event in Chicago for GOP gubernatorial candidate Adam Andrzejewski, the legendary Lech Walesa issued an ominous warning for America. The co-founder of Poland's Solidarity Movement and the man who presided over its transition from Communism to Democracy is none too pleased with the Obama administration (hat tips: Drudge and the EIB Network). 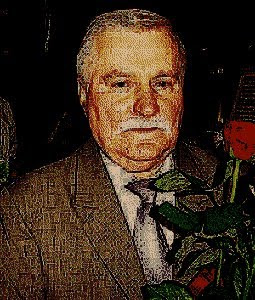 WALESA (via translator): The United States is only one superpower.

Today they lead the world.

Nobody has doubts about it. Militarily.

They also lead economically but they're getting weak.

But they don't lead morally and politically anymore.

The world has no leadership. The United States was always the last resort and hope for all other nations. There was the hope, whenever something was going wrong, one could count on the United States.

Today, we lost that hope.

Walesa is a man who knows despotism all too well.

Perhaps some of Obama's few remaining drones could explain to me why this Walesa is wrong.