How's this for an investment? 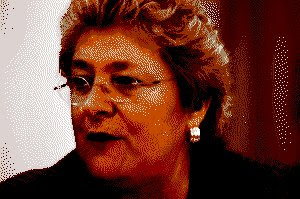 You pay a total of $62,000 towards a pension plan and absolutely nothing for health care (medical, dental and vision coverage) over your working career. Upon retirement, you are paid $1.4 million in pension and $215,000 in health care benefits. You receive $1.6 million on a $62,000 investment.

These are real world examples from New Jersey's crushing public sector union retirement plans paid for by the state's taxpayers. Republican Governor Chris Christie is demanding drastic actions to prevent New Jersey from falling off the precipice and into full-fledged bankruptcy.

This year’s budget projected 5.1% growth in sales tax revenue and flat growth in corporate business tax revenues. In June of 2009, was there anyone in New Jersey, other than in the Department of Treasury, who actually believed any revenues would grow in 2009-2010? With spiraling unemployment heading over 10%, with a financial system in crisis and with consumers petrified to spend, only Trenton treasury officials could certify that kind of growth. In fact, sales tax revenue is not up 5%, it is down 5.5 %; and corporate business tax revenue is not flat, it is down 8%. 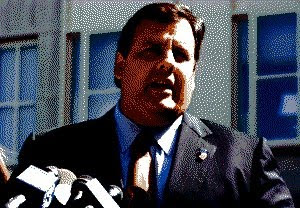 ...For example, the state cannot continue to subsidize New Jersey transit to the extent it does. So I am cutting that subsidy. New Jersey transit will have to improve the efficiency of its operations, revisit its rich union contracts, end the patronage hiring that has typified its past

...The state cannot this year spend another $100 million contributing to a pension system that is desperately in need of reform 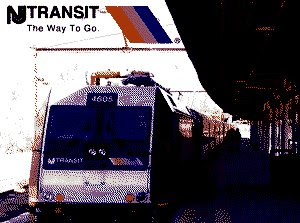 A retired teacher paid $62,000 towards her pension and nothing, yes nothing, for full family medical, dental and vision coverage over her entire career. What will we pay her? $1.4 million in pension benefits and another $215,000 in health care benefit premiums over her lifetime. Is it “fair” for all of us and our children to have to pay for this excess?

The total unfunded pension and medical benefit costs are $90 billion. We would have to pay $7 billion per year to make them current. We don’t have that money—you know it and I know it. What has been done to our citizens by offering a pension system we cannot afford and health benefits that are 41% more expensive than the average Fortune 500 company’s costs is the truly unfair part of this equation.

California, another deep blue state controlled in large part by public sector unions, is also in crisis. It seems unable, or unwilling, to deal with the fiscal realities.

• California spent $75 million on cars and furniture in the midst of a massive financial crisis...

• and spends $500 million a year on other welfare benefits for illegals... 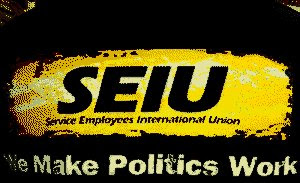 The reality is public unions are public enemy number one. Christie did not go far enough. He should have stated a goal of totally abolishing the unions.

Nonetheless, Christie's speech makes me want to stand up and salute. Someone finally had the courage to lay the blame for state fiscal crises smack where blames belongs, on public unions and political hacks willing to buy union votes.

Christie's proposal is just a start. The job is not over until every public union in the country is abolished along with their overbloated pension plans.

The financial blight -- bequeathed by the public sector unions to state and local government -- is not yet visible to most Americans. Thanks to pragmatists like Governor Christie, these unions are going to resemble cockroaches when the light of day shines on their untenable contracts.


Linked by: Hot Air and Rush Limbaugh. Thanks!

at 11:37 AM
Email ThisBlogThis!Share to TwitterShare to FacebookShare to Pinterest
Labels: Crime, Democrats, Economy, Unions

Having lived in New Jersey all my life i have a couple of suggestions for mr christie:
Fire all 9000 political appointees from previous administrations.
For the folks who retire with acrued sick days heving never been sick in thier lives, please cross reference against the medical benefits payouts and if they went to the doctor, please prosecute and recind the sick leave payouts. For school employees, recind payed vacation days. last time i checked, school was out during the summer.For school districts that lay off teachers in response to financial issues, please sue and have the bloat in the admin staff removed first. Shutdown the EPA. I, through my local government can stop having a refinery built in my town. Get rid of COAH. If you can't qaulify for a mortage, you dont get one. Grow a set and tell the supreme court to pound salt. They cannot rule from the bench on financial matters. Get rid of the special needs districts. If jersey city can be putting in luxury apartments, they dont need help. Use your line item veto and slash state government All essential services i consume are provided locally. Get rid of all unfunded state mandates. no money, no mandate. most of them were done to placate some special interest groups. No grants or money to any special interest group that has sued the state. Thats patently insane.

Wow, did he really say that? A great start
MM

All 340,000 california public school teachers are exempt from paying any social security taxes...5,000,000 public employees across the usa are exempt

New Jersey would instantly vault from the eastern U.S. cesspool of Democrap-labor union cronyism to being a enviable example of Fiscally Responsible Government in an age where it is SO desperately needed. Great Blog! Go Gov. Christie!

If you can't qualify for a mortgage, you don’t get one. Get rid of all unfunded state mandates.