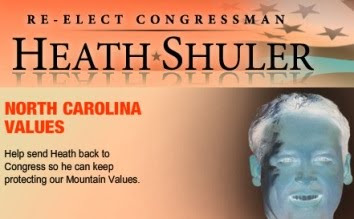 Gee, just in time. Four years ago Nancy Pelosi promised 'no new deficit spending' -- and then proceeded to ring up $5 trillion in new deficits with her Democrat cohorts.

Without a single, noteworthy protest of any kind, the 'fiscally conservative' Blue Dog Democrat coalition folded like cheap lawn chairs and walked in lock-step with Pelosi on the most massive spending program in world history. Which helps explain why 22 of their 46 members were crushed on Tuesday.

Now that the horse, the cart and all of the satchels containing gold have left the barn, the few surviving Blue Dogs are bravely challenging the ex-Speaker.

...Utah Rep. Jim Matheson, a co-chair of the Blue Dogs, told POLITICO Thursday that Pelosi should not be a candidate for minority leader – a sign that other Blue Dogs are ready to pounce if Pelosi doesn’t voluntarily cede her power...

..."I’m just suggesting that when you have the largest turnover since 1948 then it’s time to shake things up"... His comments come on the same day that fellow Blue Dog leader Heath Shuler (D-N.C.) told CQ-Roll Call that he would run against Pelosi if she runs for minority leader — echoing an earlier suggestion that he would have challenged her for speaker had Democrats held the House.

I've said it before and I'll say it again.

They can posture all they want each and every election cycle, but they are just as malevolent as the rest of the Soros-controlled leftists who control Obama, Pelosi and Reid.

That's why none of these people ever run on their records. They always run as fiscal conservatives, as if they are stand-up folks that will challenge the Democrat establishment. In other words, they lie -- relentlessly and continuously.

Best I can tell, the last fiscally conservative Democrat was John F. Kennedy.

They simply are liars.

Still today, many (even some mistakenly from Our own side), still believe the fraud of the Clintons as being 'centrists'.

Hillary and Bill did exactly the same as Obama, Pelosi, Reid, etc. They were a disaster, even treated the dangerous threats of TERRORISM as merely a criminal matter.

The Clintons even advised the Carter Malaise long ago, yet many today still enable the fraud.

We have to do better.