Culture of Destruction: "the most irresponsible budget in a free society that any president -- ever -- has proposed"

The warning lights are flashing. The alarm klaxons are sounding. The Obama administration's fiscal plan, in the words of Mark Levin, is "the most irresponsible budget in a free society that any president -- ever -- has proposed." 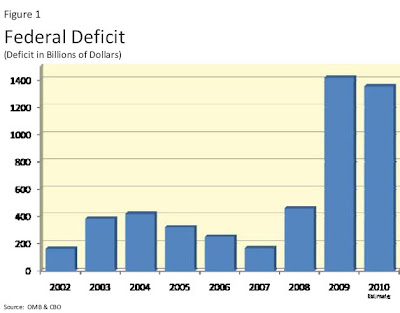 The 2009 and 2010 deficits dwarf anything ever seen anywhere on the face of the Earth. 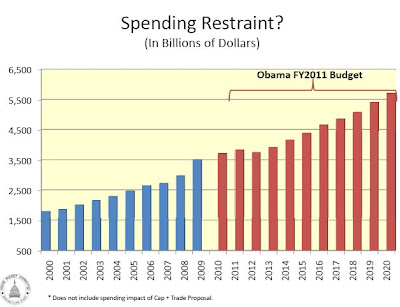 The destructive spending -- ladling debt upon debt, interest upon interest -- continues as far as the eye can see. 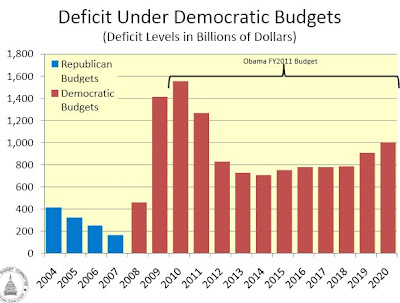 Who will pay the bill? Our children and grandchildren, if they are lucky and society doesn't collapse around them. 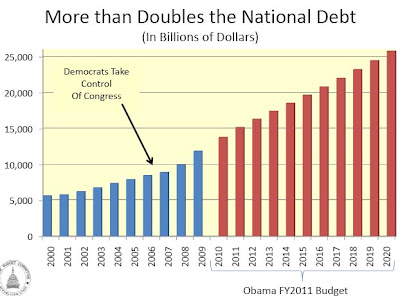 Visible evidence: the Democrat Party is sowing the seeds of America's destruction. By 2020, the economy will have been reduced to rubble. 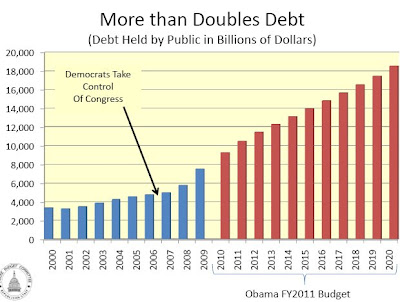 This President has produced the most reckless budget imaginable -- even without cap-and-trade and nationalized health care! These budgets represent such a high percentage of the country's gross domestic product that by 2020 there will be no climbing out of the hole we're in. 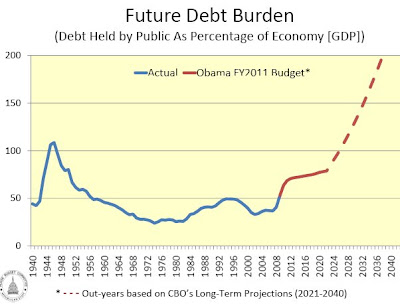 And interest rates are low now. What happens when the interest rates rise and the debt burden becomes even more unimaginable? Economic collapse and ruin. 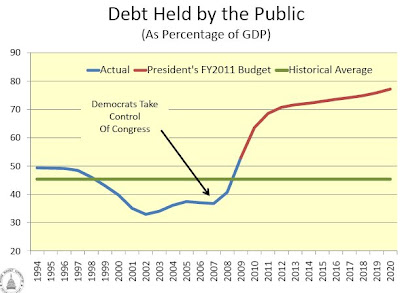 Blaming this on Bush? Since the Democrats took over Congress in 2006, they have controlled the budget and the fiscal situation of the U.S. Any way you slice it, the Democrats have been disastrous for the country. 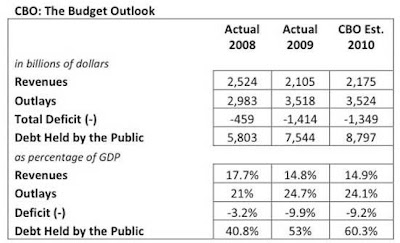 If we are to save the Republic, this party of destruction -- the modern, Soros-controlled, hard left Democrat Party -- must be crushed in November at the ballot box.

Crushed politically until it is no more.

The survival of our children depends upon it.

HAven't we gotten back 300 billion or more of the TARP funds ? Shouldn't the 2009 deficit be reduced by that amount ? I think it should be credited back to the year it was budgeted.