Nancy Pelosi's Guest List for the State of the Union

Getting to this late, but Nancy Pelosi's guests for the State of the Union speech included an interesting cast of characters: 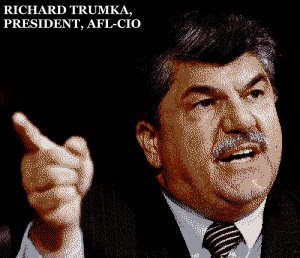 Other guests of the Speaker in the Chamber will include:
Former Speaker of the House of Representatives Tom Foley

The modern Democrat Party is inseparable from the federal bureaucracy... and vice versa. That is why both must be politically dismantled if the country is to survive.

MARTIN O'MALLEY is being groomed for a National run--he is a corrupt o crat Demonrat and must be stopped next lection by Bob Erlich!!

Given that cast of characters it seems unlikely that the voice of the people can be heard above the din of corruption. Just sayin'.

Surely it's an oversight that Medea Benjamin or some other representative of Code Pink was not invited.

Boy, I really wish I had his name.