Democrats so busy giving themselves the right to regulate free speech, they can't be bothered with trivial matters like setting the federal budget 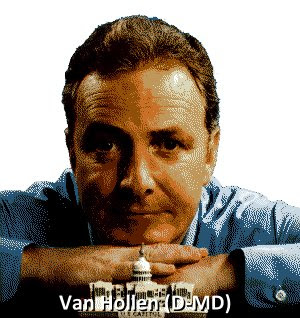 If you needed more proof that Democrats have no regard whatsoever for the rule of law, I would like to enter the ill-named "DISCLOSE Act" into the record as exhibit Z-42 million.

Spearheaded by the loathsome Chuck Schumer (D-NY) and the malignant Chris Van Hollen (D-MD), the Orwellian DISCLOSE Act would be better termed "The Democrat Incumbent Protection Act of 2010"; it is explicitly designed to prohibit free speech by conservatives while promoting free speech for progressives.

And it's not just me saying that: Van Hollen and other Democrats have clearly stated that the goal is to prevent grassroots efforts from polluting the public discourse before the 2010 midterm elections.

Best of all, the DISCLOSE Act was crafted behind closed doors and its full impact has yet to be determined.

[House Democrats] are planning to unveil their bill at a press conference Thursday morning in front of the Supreme Court and have set the goal of passing their bill by July 4... Van Hollen has said he’s hopeful the bill could be implemented in time to affect newly legal ad spending in 2010 congressional races.

It's true: Democrats don't give a crap about what the Bill of Rights says; and to top things off, they're purposely spitting on the Supreme Court's recent Citizen's United decision.

For crassly political purposes, Chairman Van Hollen and his lieutenants at the Democratic Congressional Campaign Committee decided behind closed doors that the First Amendment applies only to labor unions and certain advocacy groups that scare them sufficiently.

Citizens who are members of other grassroots groups will be muzzled by this legislation for no reason other than that they belong to a group without the financial and lobbying muscle to exempt itself from this bill.

Speaker Pelosi and the Democrats in Congress are hanging on to power by a quickly fraying thread, and this bill is nothing more than incumbent protection in its worst and most cynical form. 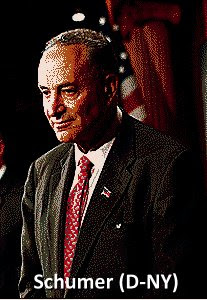 In short, House Democrats just voted themselves the right to license free speech. Preferred groups like public sector unions and trial lawyers get unlimited free speech licenses while grassroots organizations are prohibited -- under threat of criminal penalties -- from exercising their First Amendment rights.

As for the things a Congress is supposed to do?

Well, they can't actually be bothered to deal with that kind of trivial matter.

They've got a radical agenda to pursue. That includes regulating free speech, amassing record deficits sure to destroy the fiscal health of the country, and nationalizing one industry after another.

But neglecting the federal budget resolution is -- how do I put it? -- historic. It hasn't happened since the Congressional Research Service started tracking these things.

The Democratic controlled Congress has overlooked a small, but rather significant detail in their desire to remake America... They forgot to present a budget this year.

"Skipping a budget resolution this year, a move House Democrats are considering, would be unprecedented.

The House has never failed to pass an annual budget resolution since the current budget rules were put into place in 1974, according to a Congressional Research Service report. The budget resolution is a non-binding document whose main purposes are to set discretionary spending caps for the coming fiscal year, lay out the framework of the majority's fiscal policy and create the option of easing legislation through the Senate via fast-track reconciliation procedures. 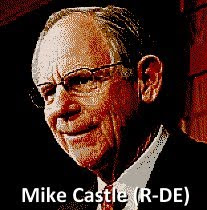 We're getting a firsthand view into how a society crumbles, deliberately undermined from within by lawless, would-be tyrants.

I wouldn't count on a November cure. It will still be like putting a band aid on cancer.

Thank you for posting this!!

I am _so_ tired of commoncents and his "link exchange?" comments I see in so many places. I'd go check out his blog, but his begging is so annoying that I simply _will_ not.

However...on topic...is there time for this to be challenged in court and get up to the SC before it affects elections? Or are people simply going to have to ignore it and take their chances???

Sue, word on the street is that the Senate could be a major roadblock before November. We need to up the pressure on the GOP leaders to ensure that's the case.