Supporters of Turkey's "Humanitarian Flotilla" rallied this week under the universal banner of harmony and tolerance. 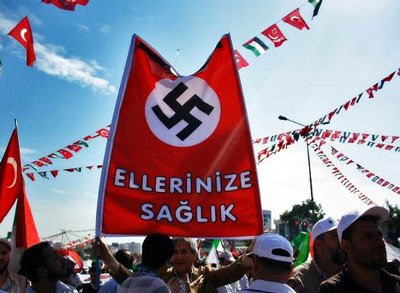 But don't worry: these are only the newest members of NATO -- and the most "civilized" of the merry band of neanderthals controlling 99% of the Middle East.

In related news, administration officials relayed an upbeat assessment regarding Iran's nuclear readiness, stating "Iran probably has enough low-enriched uranium for two nuclear weapons, but that it likely would take two years to build the bombs."

Thank heavens for that "but." It leaves plenty of time for the sanctions to bite, Obama to be reelected, Israel to build a vast network of underground shelters, lay in a good supply of radiation sickness medicine and keep the 'peace process' on track, don’t you think? 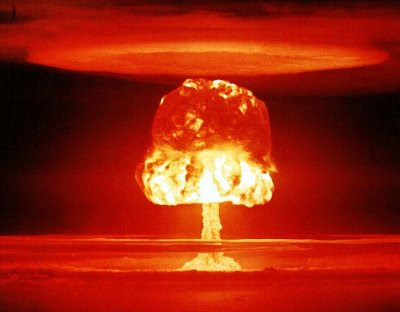 And how much damage can two puny H-Bombs do in the first place?

Yep, the nerve of those pesky Israelis, impeding the peace process and all. Everything would be much more harmonious if, as Helen Thomas advises us, they would just go back where they came from. 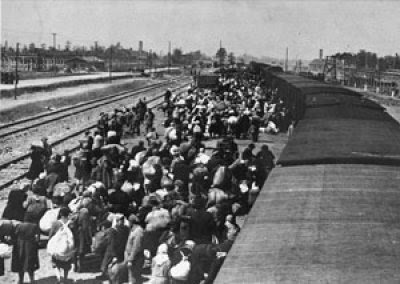 Which, helpfully, is also the goal of the neanderthals when it comes to the Israelis.