USCG Admiral Thad Allen has spent a lot of time of late in front of the television cameras after the White House realized he made a much better face-man than, say, Janet Napolitano (oops -- did I say that out loud?). 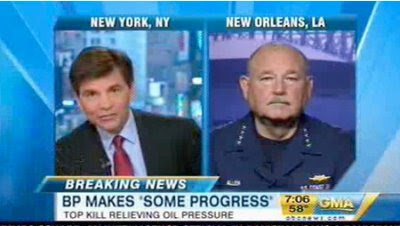 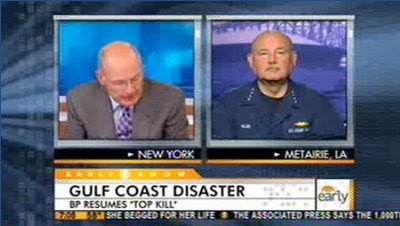 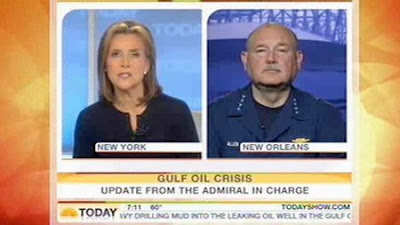 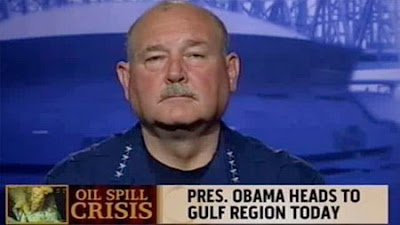 Perhaps some of this time would have been better spent in front of a web browser, where he might have Googled his own 2002 recommendations from the 2002 International Oil Spill Conference (PDF).

Among the national issues identified back in the days of the evil Emperor Chimpy McBushitlerburton was this gem: 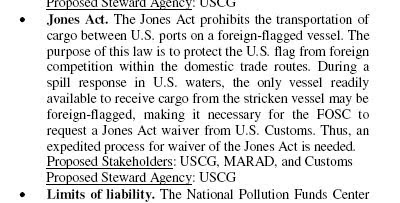 Put simply, this document summarizes the '2002 Spill of National Significance Exercise' in -- you guessed it -- the Gulf of Mexico.

A certain Vice Admiral by the name of, uhm, Thad Allen was in command of the entire region.

On page 3 of the document, a process to instantly waive The Jones Act was put in place.

The responsible party (steward) of the process is the United States Coast Guard (USCG).

In short, Admiral Thad Allen should have instantly requested a waiver of the Jones Act, according to his own 2002 spill response exercise. In fact, the exercise that he helped spearhead identified it as a key -- key! -- issue.

Why isn't this a scandal?

And why is legacy media asleep at the wheel as we near day 73 of the worst maritime environmental disaster in American history? Could it be that President Not-Bush is in office?

I really wish Blogger would fix the damned backlinks feature.

Reason why he ain't gonna do nothin' is that dude's gettin' a better post somewhere or will have a payday comin' if he plays this right and help turn in into a disaster.

Is the following totally bogus, or just mostly bogus?:

It includes the words: "The Deepwater Horizon response team reported in a June 15 press release that there are 15 foreign flagged ships currently participating in the oil spill cleanup. None of them needed a waiver because the Jones Act does not apply."