The level of tolerance is overwhelming. 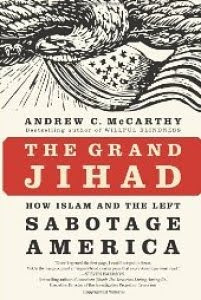 Judicial officials say a Saudi court has convicted four women and 11 men for mingling at a party and sentenced them to flogging and prison terms.

The men, who are between 30 and 40 years old, and three of the women, who are under the age of 30, were sentenced to an unspecified number of lashes and one or two year prison terms each.

The fourth woman, a minor, was sentenced to 80 lashes and was not sent to prison.

This type of 'tolerance' is a recurring theme in Andrew McCarthy's The Grand Jihad, the seminal work that forever links the Islamist and Leftist agendas.