The Dime Psychiatrist: "Ain't it intriguing that the only time the President makes a snap decision is when his oh-so-tender ego gets bruised?"

The Dime Psychiatrist emails us the following missive.

Ain't it intriguing that the only time the President makes a snap decision is when his oh-so-tender ego gets bruised? 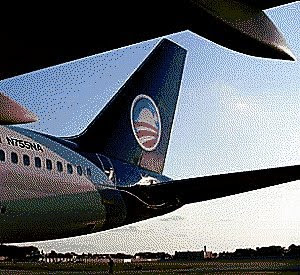 The man couldn't make a decision about troop levels for months when our valiant troops were fighting and dying in Afghanistan.

The man, even after 60 days, has yet to devote the right resources to the Deepwater Horizon oil spill and spent much of the critical first month campaigning, partying and golfing.

After 18 months, he still can't figure out whether to close Gitmo or not or, for that matter, where to hold terrorist trials.

Mark Levin is famous (infamous, maybe) for stating that Obama is the "closest thing we've ever had to a dictator". That may or may not be accurate, but his ego may be far more dominant than his predecessors in the office.

at 5:43 PM
Email ThisBlogThis!Share to TwitterShare to FacebookShare to Pinterest
Labels: Obama, War

Barry Carter has CLEARLY demonstrated that he is incapable of leadership by firing McC. He should have worked around it and used the General's drives to accomplish his purposes. Barry is an ASSHAT and it shows.

This administration requires the "willful suspension of disbelief" (whatever the heck that means). Soros must be soooo proud.

Perhaps we could tell him the Arizona immigration law has a naughty word about him inside it. That should get him to actually read it.