The same breed of union bosses pulling strings at the White House appear to be using their traditional persuasion techniques in a Philadelphia suburb.

Violence erupted at a King of Prussia construction site Wednesday, and today, police are seeking the public's help to apprehend some bat-wielding assailants. 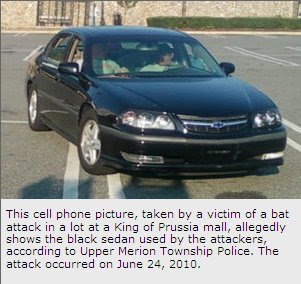 ...Officers responded at 7:10 a.m. Wednesday to the King of Prussia Plaza area of Mall Boulevard for reports that union protestors were blocking the entranceway to the new Toys R Us building site. While en route, an assault was reported in the mall parking lot.

Upon arrival, police found two construction trucks with their rear windows completely shattered, and one victim bleeding from the head. The victims said they were blocked by numerous union protesters from entering the construction site, and so they drove to the mall area to await police assistance.

A short time later, a black sedan pulled up and several men exited with baseball bats, ran up to the two trucks and repeatedly slammed the bats into the windows. As the workers exited the trucks, at least two were then physically assaulted with the baseball bats, and one victim had to be hospitalized... 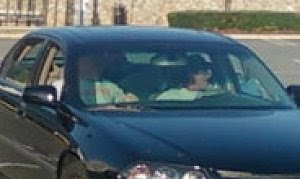 ...Another victim was able to use his cell phone to photograph the assailants and their vehicle.

Police said the construction site is being protested by Local 401 of the Iron Workers Union... The vehicle was described as a black, four-door Chevrolet with a Pennsylvania license plate. One of the assailants was described as a clean-shaven, white, mid-30s man with short blondish brown hair, about 6-foot-1 with a husky build.

Anyone with information is asked to contact Upper Merion Police Det. James Godby at 610-265-3232.

I, for one, feel comforted that Democrats financially support these kinds of gentle tactics with various carve-outs and payoffs -- from health care, to nationalizing the auto companies, to financial "reform" and state bail-outs. Worthy bunch of blokes, eh?

This is why we are supposed to have an unfettered right to keep and bear arms. In Texas, this would have resulted in a couple of dead union thugs.

Expect Eric Holder to give these thugs a pass before they are even identified.