Sprott: Not to raise any alarms or anything, but you may want to buy some gold to protect against 'the inevitability of a collapse in the dollar'

ZeroHedge points us to a column by Sprot Asset Management's John Embry (PDF), a cheery missive entitled "17 Reasons to Own Gold". One of the underlying reasons to hold a commodity like gold relates directly to the Obama administration's destructive spending policies, which are removing investors' last backstop from the global economic stage. With the spastic, out-of-control borrowing instigated by the Democrats' failed programs, even the U.S. can no longer be considered a safe haven.

1. GOLD IS RETURNING TO ITS TRUE HISTORIC ROLE AS MONEY

The role of gold in society was succinctly summed up by J.P. Morgan in 1912 when the renowned financier stated that “Gold is money and nothing else.” Ironically, he made that comment one year before the U.S. Federal Reserve was created. There have been long periods (1980-2000 being one) when this immutable fact was dismissed. The fact remains, however, that every fiat currency system in history has ended in ruins.

2. THE INEVITABILITY OF A COLLAPSE IN THE U.S. DOLLAR

The U.S. dollar is the world’s reserve currency and thus anchors the world’s monetary system. Unfortunately, by virtually any measurement we look at, the United States is beyond ‘the point of no return’ with respect to its financial position. Imbedded federal government debt of nearly $13 trillion, unfunded future liabilities in medicare, social security, etc. well in excess of $50 trillion and a current budget deficit of over 10% of GDP virtually ensures ongoing massive monetary debasement. When the near bankruptcy of the majority of the fifty states in the union is factored in, the situation looks even more dire. 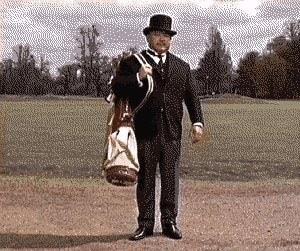 The current travails of the European Union are well advertised. The recent pledge of nearly $1 trillion in potential bailout money by Eurozone members and the IMF in the wake of Greece’s problems, coupled with the fear of contagion throughout southern Europe, effectively disqualifies the Euro from serious consideration. Great Britain is in such disarray that it doesn’t even deserve comment. Japan has a rapidly aging population and embedded government debt that already exceeds 200% of GDP. Even China, that paragon of all things financial and economic, is suspect. As the result of its bank lending spree in 2009, the country is dealing with considerable overcapacity, an emerging inflation issue and a potential bad debt crisis in its banking system.

4. THE DESTRUCTION OF GOVERNMENT BALANCE SHEETS AND THE WIDESPREAD IMPLEMENTATION OF ZERO INTEREST RATE POLICIES MAY ULTIMATELY RESULT IN HYPERINFLATION

As the result of the global financial crisis which enveloped the world between late 2007 and early 2009, the world’s governments were forced to step in and bail out the financial sector while propping up overall demand in the face of the collapse in the private sector. This unfortunately occurred as their own revenue streams were under severe pressure due to the issues in the private sector. To combat the massive deficits that inevitably resulted, widespread quantitative easing (i.e. unfettered money printing) was undertaken. That policy is here to stay and the fiscal deficits in many countries have now reached percentages of GDP that have almost always resulted in eventual currency collapse. Thus, the frightening term ‘hyperinflation’ is now being heard with increasing frequency...

8. MINE SUPPLY IS NOT ANTICIPATED TO RISE FOR SEVERAL YEARS, IF AT ALL

Despite gold prices surging from a low of $252 per ounce in 1999 to over $1,200 recently, mine production has been eroding for nearly a decade. This suggests that mine supply is insensitive to higher gold prices, a fact confirmed in the 70’s when mine supply actually fell as gold made its historic rise from $35 per ounce to $850. Aaron Regent, the head of the world’s largest gold company, Barrick Gold, was quoted at a conference in late 2009 lamenting the state of the gold mining business. He
went so far as to suggest that global gold production was in terminal decline despite
record prices and the Herculean efforts by mining companies to discover new ore bodies in remote areas. He actually alluded to “peak gold” by implying that production has already reached levels that can’t be exceeded, an expression that is now commonplace in the oil industry... 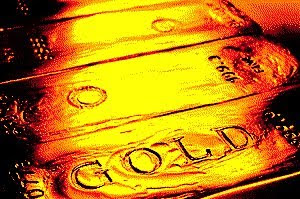 The U.S. has long been the world’s largest gold holder with a current reported position of 8,133 tonnes (over $300 billion worth). However, there have been recurrent rumors that the U.S. has mobilized an unknown portion of their gold reserves via swaps to facilitate leasing, a key component in the gold price suppression scheme. The absence of any outside audit of the reserves since the 1950’s and the Fed’s current intransigence towards being subjected to an audit only heighten suspicions that the U.S. does not have nearly as much gold as they claim...

14. [PRICE] SUPPRESSION IS EVIDENT IN THE CONTINUING EXTREME UNDERVALUATION OF GOLD

Measured by any number of metrics (gold price in relation to the staggering amount of money and credit that has been created over the past several decades, gold’s extreme undervaluation relative to platinum, the gold producers’ pathetic returns on capital at the current price, etc.), gold is far behind where we believe it should be. If gold had merely kept up with the reported rate of U.S. inflation since its peak price in 1980, it would presently be trading in excess of $2,300 per ounce.

If you're interested in diversifying your investments with gold, Sprot offers a physical gold ETF (exchange-traded fund) and there are numerous choices for purchasing gold bullion should you require physical delivery.


Disclosure: I have no interest in any of these organizations and simply want Democrats to stop spending our kids' and grandkids' money without permission. Linked by: Ace of Spades. Thanks!

Can someone explain? If fiat currency (dollar) is going in the toilet, who in their right mind would sell you gold for dollars? Would they not protect their own interests by retaining all thet could?

It's acutally quite simple.

They sell you the gold at a bit *above* market value.

They also buy gold at a bit *below* market value.

So you sell a person X ammount gold at Y+A. But *you* can buy X ammount of gold at Y.

So your dollar profit is A. Which you then use to buy B ammount of gold.