What could go wrong? 17 Afghan pilots AWOL from Texas Air Force base

Fox News has an exclusive report that should send some shivers down your spine:

A nationwide alert has been issued for 17 members of the Afghan military who have gone AWOL from a Texas Air Force base where foreign military officers who are training to become pilots are taught English... The Afghan officers and enlisted men have security badges that give them access to secure U.S. defense installations, according to the lookout bulletin, "Afghan Military Deserters in CONUS [Continental U.S.]," issued by Naval Criminal Investigative Service in Dallas... 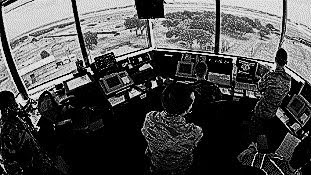 The Afghans were attending the Defense Language Institute at Lackland Air Force Base in Texas. The DLI program teaches English to military pilot candidates and other air force prospects from foreign countries allied with the U.S.

...Each Afghan was issued a Department of Defense Common Access Card, an identification card used to gain access to secure military installations, with which they "could attempt to enter DOD installations," according to the bulletin. Base security officers were encouraged to disseminate the bulletin to their personnel.

....The bulletin requests, "If any Afghan pictured herein is encountered, detain the subject and contact your local Immigration and Customs Enforcement (ICE) office, the FBI or NCIS."

I'm not sure what the big deal is.

Thousands of heavily armed drug- and human-smugglers from Mexico are streaming into Arizona every month, to the point where local sheriffs say the areas are no longer under the control of the U.S. government.

As for a measly 17 Afghan pilots? Has anyone looked in Janet Napolitano's basement?

Shivers down my spine doesn't even begin to get it.

Check the local strip clubs. There is one American product that can't be exported and is superior to anything in their home country. And... it was where the 9-11 boys were days before their mission.