Just when you thought Democrats had hit bottom: they plan on passing Cap-and-Trade Energy Tax during... wait for it... the Lame-Duck Session

Runner-up headline: Democrats show their respect for the people.

Even after the bribes, threats and skulduggery they used to jam socialized medicine down the American people's throats, it's hard to believe the latest news relayed by Jim Geraghty from Politico's Mike Allen:

EXCLUSIVE: Phil Schiliro, the White House congressional liaison, has told the Senate to aim to take up an energy bill the week of July 12, after the July 4 break (and after the scheduled final passage of Wall Street reform). Kagan confirmation will follow, ahead of the summer break, scheduled to begin Aug. 9... 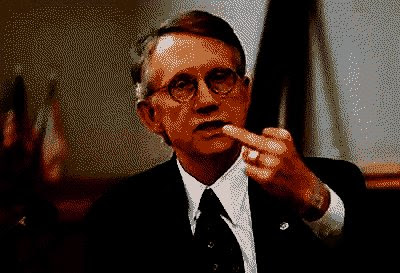 The plan is to conference the new Senate bill with the already-passed House bill IN A LAME-DUCK SESSION AFTER THE ELECTION, so House members don’t have to take another tough vote ahead of midterms.

Geraghty offers advice everyone should read and memorize:

Every GOP candidate should demand their Democrat incumbent opponent pledge in writing they will not pass a massive energy tax in a lame-duck session if they are defeated.

Any Democrat who uses a lame-duck session to advance Obama's radical agenda is the lowest of the low. Anyone who does so is metaphorically urinating on the concept of representative government.

If I had a mean streak, I'd suggest that such an individual be roasted on an open spit. But Eric Holder informs me that such an action is against the law, except if performed by the New Black Panther Party. In that case, I recommend you shun them, boo them and scream "you suck" when ever you spot them in public.

It's the very least they deserve.

Off-topic, but interesting. Legal counsel for BP executives at today's meeting with Obama: Jamie Gorelick, a former deputy attorney general in the Clinton administration. (Hmmm, another disaster. Why is she always at the scene? That lady is just bad luck).

People like Dodd that are not seeking reelection are already lame ducks and no longer represent anyone but themselves.
The $200 billion from BP. I wonder how much will end up in ACORN pockets? Is there anyone Obama is likely to appoint to watch over this money be trusted?

@Swede: dammit, man, I got me a wind car now! trying to find the picture, but it's awesome!

@fritzkatz - couple of posts down, i got the picture... scary stuff.

@Bones - I suspect that of the $100 million allocated to "workers", much of it will be earmarked for those protected by collective bargaining agreements.