Repeat after me--Conservative Women are Stupid: Palin, Bachmann, Angle (never mind that Democrats have bankrupted the country and destroyed the Gulf).

Have you been re-programmed yet?

Conservatives are stupid. People who believe in free markets are stupid. The Constitution is stupid. Archaic even. I mean, that's what the radical Left would have you believe. 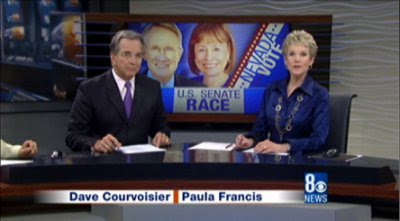 What is it about a strong conservative woman that so frightens liberals? You must admit, though, that Leftists are, if nothing else, consistent in their irrational hatred of strong women:

• Gov. Sarah Palin is "amazingly stupid" and "advocates for a theocracy";

Now Sharron Angle, a true conservative candidate for Senate in Nevada, is under attack by legacy media and the leftist blogosphere (redundant, eh?). 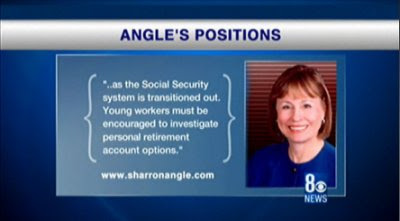 A local Democrat news reporter stalked Angle at a campaign event, shrieking at her for advocating the reformation of Social Security. Or should I call it "the $30 trillion-in-the-hole Social Security" program? 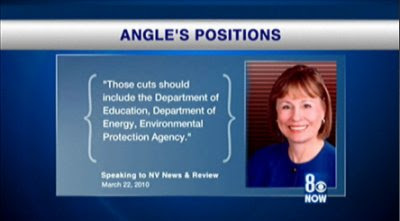 Meanwhile, Harry Reid and his Democrat cohorts are bankrupting the country -- spending your great-great-grandchildrens' money -- while buying land for pennies on the dollar and supporting his lobbyist sons.

There's 14% unemployment in Nevada. Is that Angle's fault? A massive oil spill in the Gulf. Angle behind that? A nuclear Iran? Angle? 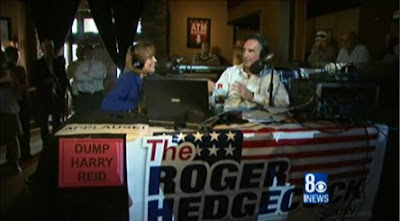 Isn't this theme getting a little tired? Are all conservative women stupid theocrats?

Or is the media just a bunch of propagandists advocating for Statism?

Oh, and final Jeopardy question: can we put the adults in charge now?

They have more babies than Liberals, extrapolate that a generation or two ;-)

Just wanted to say I really like your blog! Keep up the good work!!

Both political parties are bad. They just use you & me to get into power & then ignore our desires of how we want this country to run.

Democrats fight Palin & good women because they feel only they can represent women & this goes against they mantra. I just hope the Republican women aren't forced into the old ways of corruption.

I might recommend a great book that's about a small town in America that unites the whole country when they stand up to federal tyranny (corrupt govt., decades-old politicans, etc.). It's that good.

yes, both parties are imperfect, but only one party is actively destroying the country. if we have a legitimate hope of saving the country, we must support conservatives using the republican party as the vessel.