Another member of the military's top brass has roundly criticized the President and the Democrat-controlled Congress; in this case, pointing to their catastrophic levels of deficit spending. Little-publicized were last week's comments by Admiral Mike Mullen, Chairman of the Joint Chiefs, at a breakfast hosted by The Hill newspaper.

Adm. Mike Mullen... renewed his warning that the nation’s debt is the biggest threat to U.S. national security. 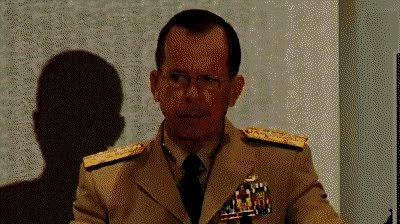 “I was shown the figures the other day by the comptroller of the Pentagon that said that the interest on our debt is $571 billion in 2012,” Mullen said at a breakfast hosted by The Hill. “That is, noticeably, about the size of the defense budget. It is not sustainable.”

Even under the rosy projections of the Obama White House, which thus far have proven to be worse than if you'd used a dartboard, the deficit is dangerously high. 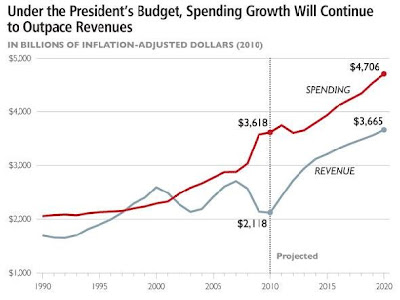 The Obama/Democrat budget doesn't contemplate closing the deficit for as far as the eye can see. 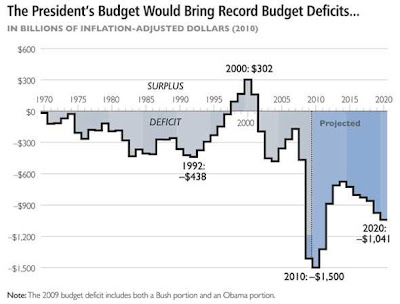 Despite the utter failure of every spending program they've tried -- starting with the $860 billion "Stimulus" package -- the Democrats continue to shovel the taxpayers' hard-earned dollars into their cash furnace. 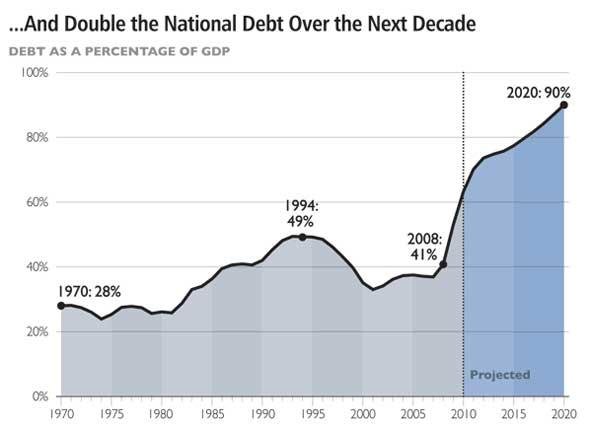 Worse still, they are creating deficits that endanger the ability of the country to survive: not simply from a national security perspective, but from the standpoint of risking a total economic collapse. 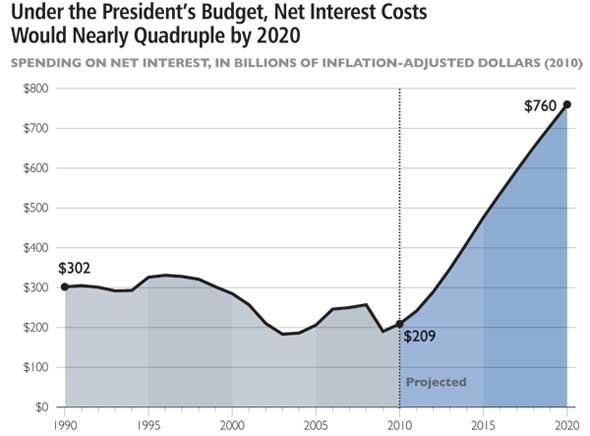 What happens when our interest costs become unsustainable? Barack Obama and his left wing sycophants in Congress will be long gone, having left their legacy of misery and destruction to our heirs.

Perhaps the laughingstock of a "journalist" -- Newsweek's Jonathan Alter -- can co-author another hit piece with David Axelrod similar to the one that took out General McChrystal.

Odds are Alter can get Mullen fired for the same offense -- for telling the truth.