Is the most virulently antisemitic university in the country -- Cal-Irvine -- about to wake up and fight its campus Jihadists?

Across the country, there are pockets of pro-Jihad Muslims protected by leftists in academia. But few, if any, of these groups are as vicious, vocal and violent as the Muslim Student Union (MSU) at the University of California-Irvine. 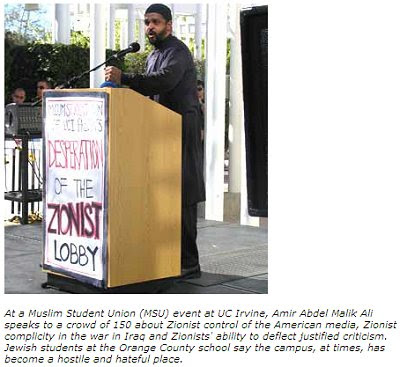 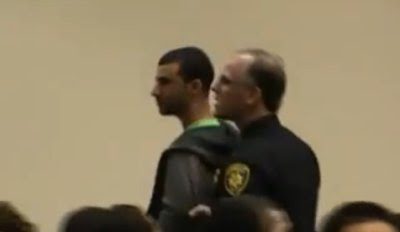 UC-Irvine is infamous as one of the most antisemitic campuses in the country. A series of incidents involving harassment and abuse of Jews -- over many years -- has cemented its notoriety. The unrest culminated in the arrest of 11 MSU members in February, who had verbally abused and continually interrupted a speech by Israel's Ambassador to the U.S. 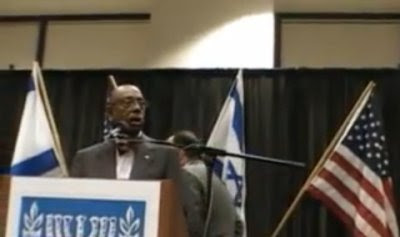 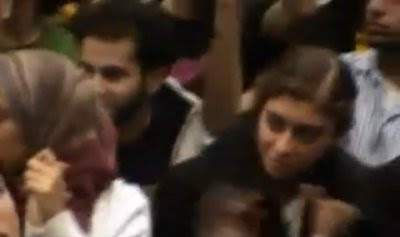 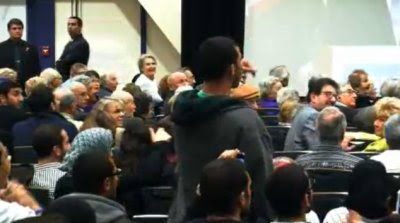 The Muslim group is appealing the recommendation -- a process that is expected to be completed before the next school year begins.

Let me predict the closing argument of the appeal:

Ladies and gentlemen, I'll be brief. The issue here is not whether we broke a few rules, or took a few liberties with the Israeli Ambassador - we did. [winks at Dean Wormer] But you can't hold the whole Muslim Student Union responsible for the behavior of a few, sick twisted individuals. For if you do, then shouldn't we blame the whole collegiate system? And if the whole collegiate system is guilty, then isn't this an indictment of our educational institutions in general? I put it to you, Greg - isn't this an indictment of our entire American society? Well, you can do whatever you want to us, but I for one am not going to stand here and listen to you badmouth the United States of America. Gentlemen!

And what triggered this outrageous breach of the MSU's rights after lo these many years? The appeal comes after more than 60 faculty members at UC Irvine signed an open letter last month condemning what they said was an anti-Semitic atmosphere at the school. 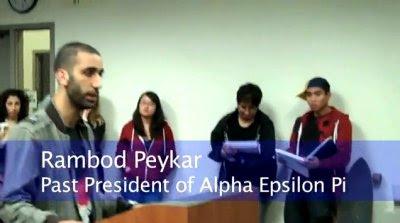 "We…are deeply disturbed about activities on campus that foment hatred against Jews and Israelis," the letter read, citing incidents over the past few years that included "the painting of swastikas in university buildings and the Star of David depicted as akin to a swastika." 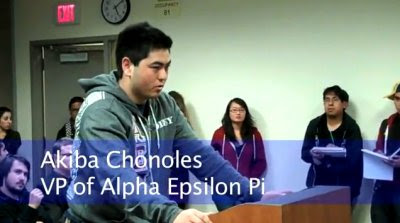 "Some community members, students, and faculty indeed feel intimidated, and at times even unsafe," the letter read.

Doesn't that apply to just about anywhere that religious extremists get critical mass? Even Paris, for instance?

But a lawyer for the Muslim Student Union said any tensions on campus derive from a Jewish organization that is not connected to the college: the Jewish Federation Orange County. 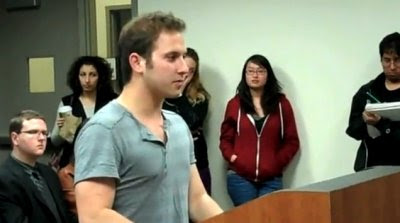 "A lot of the tension and friction is not on the campus," attorney and activist Reem Salahi said. "It's not divided between Jewish and Muslim organizations. There's more tension between Muslim students and these Jewish organizations pressuring the university."

She said Muslim students have been intimidated and harassed and have even received death threats in which they've been called "every type of superlative imagined."

Yes, because radical Jewish extremists have routinely advocated for killing all Muslims, they've car-bombed buildings, have slaughtered innocent children, have strapped suicide belts on teenagers to detonate themselves inside pizzerias, have flown airliners into buildings and otherwise waged a total war on civilization.

In recent years, UC Irvine has been accused of fostering anti-Semitic activity as the MSU hosted pro-Palestinian speakers critical of Israel. 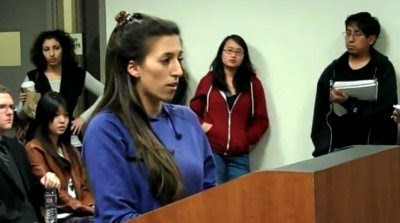 In 2005, the Education Department's Office of Civil Rights found that Muslim students had engaged in offensive behavior, but that their actions stemmed from opposition to the politics of Israel rather than to Jewish students themselves. 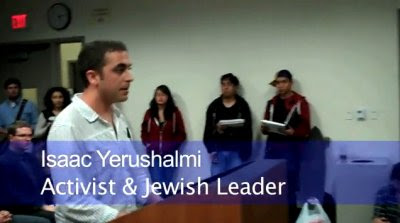 Three years later, Republican members of the Senate Judiciary Committee wrote to the Education Department expressing concerns that the office decided not to further investigate charges that UC Irvine had failed to respond quickly and effectively to complaints by Jewish students of being repeatedly intimidated and harassed. 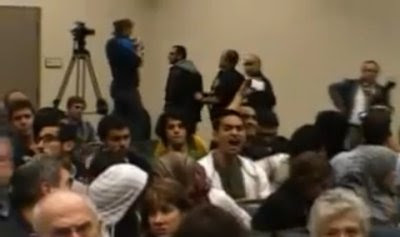 The committee recommended suspending the group for one year, placing it on disciplinary probation for an additional year and requiring the student organization to collectively complete 50 hours of community service, a move that would prevent the group from conducting organized campus events until at least the fall of 2011.

Elcott told FoxNews.com that the MSU has been largely responsible for creating an anti-Semitic atmosphere on the campus by inviting speakers who equate Jews to Nazis and rally support for jihad, or holy war. 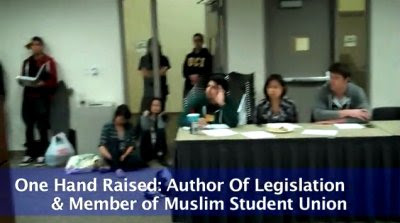 "The MSU has been looking for a battle for a long time," he said, adding that his group is only trying to help bridge the differences between the two sides.

[The MSU] declined to say whether legal action is being planned in the event of an unsuccessful appeal. But she said students were "outraged" and "disappointed" with the university's decision. 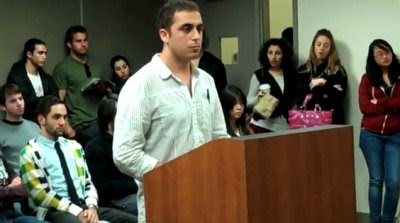 "It's unprecedented a university would ever do this," she said, adding that the suspension would "create a really dangerous precedent for shutting down dissent."

How do you like the use of language? By "Shutting down dissent", this Jihadist means "allowing freedom of speech".

Earlier this year, Aaron Elias urged Jews to stop attending UC-Irvine because of the abuse. I disagree. Bullies need to be confronted. And that goes double for Jihadists masquerading as students.

THrow these stupid mothers out of the country.

How hypocritical (but typical) of Muslims to cry about "shutting down dissent" when it's they who are silenced. Here's what Muhammad did to one poetess who "dissented":

"Then (occurred) the sariyyah of Umayr ibn adi Ibn Kharashah al-Khatmi against Asma Bint Marwan [. . .] She used to revile Islam, offend the prophet and instigate the (people) against him. She composed verses. Umayr Ibn Adi came to her in the night and entered her house. Her children were sleeping around her. There was one whom she was suckling. He searched her with his hand because he was blind, and separated the child from her. He thrust his sword in her chest till it pierced up to her back. Then he offered the morning prayers with the prophet at al-Medina. The apostle of Allah said to him: "Have you slain the daughter of Marwan?" He said: "Yes. Is there something more for me to do?" He [Muhammad] said: "No . . . " (Ibn Sa'd's Kitab al-Tabaqat al-Kabir).

I don't know where you got the idea I urged Jews to stop attending UCI... I've done the exact opposite. Please re-read my article.

Jews and Zionists are the worst kind of breed and should be eliminated. The world would be a lot better off without NAZI ISRAEL and its apartheidist regime. Ukraine does not tolerate JEWS nor zionazis.. Palestine will become a reality once the idiots in this country stop support the killing machine thats been murdering innocent women, men, and children. The root of the problem: JEWS AND THEIR LIES and also ISRAEL.

Yes, I am a virulent Ukrainian anti-semite and have no love or likage towards this VILE race of christ-killers!