Florida Senator LeMieux Blasts Obama Administration: "Where Are the Skimmers?" 60 Days After Gulf Disaster, Only 20 of 2,000 Are Deployed!

Mr. President, I just want to make some brief remarks this afternoon concerning the ongoing tragedy in the Gulf of Mexico and the Deepwater Horizon response. 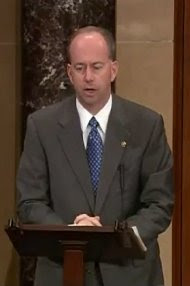 61 days ago is when the tragedy started. We are here 61 days later, we still have this tremendous pouring of oil from the bottom of the sea floor into the Gulf of Mexico.

In fact, the amount of oil that is coming into the gulf now equals the size of the Exxon Valdez oil spill every 2 1/2 days.

And yet while this oil continues to gush and while we have hope that the containment dome will capture more and more of this oil as it comes from the bottom of the ocean, we are still seeing a weak, at best, response from the federal government in trying to keep this oil from coming ashore.

Last week -- a week ago tomorrow, I met with the President of the United States and Admiral Allen in Pensacola.

At that time, I raised the issue of skimmers. Why are there so few skimmers in the Gulf of Mexico? Why were there only at that time 32 skimmers off the coast of Florida?

The President and Admiral Allen told me that they were making every effort they could to get more skimmers to the gulf and that they were welcoming foreign skimmers, skimmers from foreign countries come coming to our country to aid in the effort.

I told them at that time that there was a State Department report stating that 21 instances of help have been made and they were refused. Come to find out through discussions with my office that there are still offers and there have been offers from foreign countries and ports for skimmers and that, in fact, those skimmers were refused.

And I'll come to the floor tomorrow to talk about that in more detail. But the state of affairs is that there are only now 20 skimmers off the coast of Florida for.
When there were 32 last week, there are now just 20. 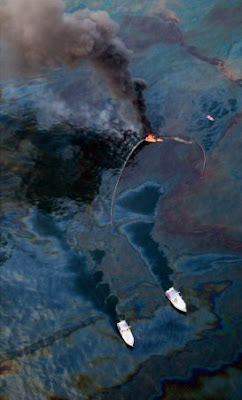 While there are 2,000 skimmers available in the United States alone. That number comes from Admiral Allen.

I spoke to Admiral Allen last week, along with my colleague from Alabama, senator sessions, and we said, where are the skimmers?

I showed him information like I have here today which is the Deepwater Horizon response report from the incident command in the state of Florida.

Then it showed 20 skimmers.

And I asked him to reconcile this for me. If we're asking for all these skimmers, if we're calling for all of them to come here, where are they?

The response is anemic, at best.

So, Mr. President, today I've sent a letter to Admiral Allen asking for an inventory of the 2,000 skimmers that he has said are available in the United States of America.

Now, when I talked to the President and Admiral Allen about this last week, they said, look, some of these skimmers are not available because we may need them for an oil spill. Well, we have an oil spill.

And just because they may be required to stand on watch somewhere in case an oil spill happens someplace else, that's like saying to the people in Pensacola, your home is on fire but we can't send the fire engine because there may be a fire someplace else.

It doesn't make any sense.

So, Mr. President, I ask unanimous consent that this letter be offered into the record.

What the hell is going on?

Where are the skimmers? Why were foreign offers of skimmers refused? And is anyone in the legacy media reporting this outrageous mismanagement?