• All-Out War: Arizona police officers receive death threats from Mexican cartel: "A Mexican drug cartel has threatened Nogales police officers, saying they will be targeted for retribution if they conduct off-duty busts... Nogales Police Chief Jeffrey Kirkham told the Nogales International late last week that the threats stemmed from an incident approximately two weeks ago, when off-duty officers surprised marijuana smugglers while riding horseback in an unincorporated border area east of town. The officers seized part of the drug load, and the smugglers were able to flee back into Mexico with the other part." 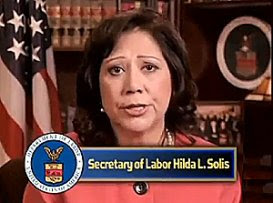 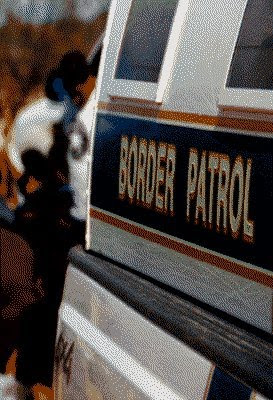 workers are not being paid every cent they have earned. Remember, every worker in America has a right to be paid fairly, whether documented or not. So call us, it is free and confidential..."

• Mexican Gangs Maintain Permanent Lookout Bases in Hills of Arizona: "Mexican drug cartels have set up shop on American soil, maintaining lookout bases in strategic locations in the hills of southern Arizona from which their scouts can monitor every move made by law enforcement officials, federal agents tell Fox News... The scouts are supplied by drivers who bring them food, water, batteries for radios -- all the items they need to stay in the wilderness for a long time... “To say that this area is out of control is an understatement," said an agent who patrols the area and asked not to be named. "We (federal border agents), as well as the Pima County Sheriff Office and the Bureau of Land Management, can attest to that.”

• Senators Challenge Pres. Obama on Rumors of Executive Order Amnesty: "Several Senators have learned of a possible plan by the Obama Administration that would provide a mass Amnesty for the nation's 11-18 million illegal aliens. Led by Sen. Chuck Grassley (R-Iowa), eight Senators addressed a letter to the President asking for answers to questions about a plan that would allow DHS Secretary Janet Napolitano to provide an amnesty if they can't secure enough votes for a bill in the Senate... The letter that was sent to Pres. Obama earlier today asks the President for clarification on the use of deferred action or parole for illegal aliens. The executive actions are typically used in special cases and are evaluated on a case-by-case basis, but if 60 votes can't be secured in the Senate to pass a mass Amnesty, the Administration may use the discretionary actions as an alternative..."

This administration is completely out-of-control. An environmental catastrophe continues to unfold in the gulf and less than one percent of the nation's clean-up resources have been deployed after two months. Drugs and humans are smuggled into Arizona through corridors controlled by elements of the Mexican government, who are in bed with the drug cartels. Police officers are killed and threatened by illegals.

How does the President react? He threatens to sign an executive order to legalize millions of new voters -- most of whom will align with the Democrat Party -- and he unleashes a public service campaign assuring illegals that their jobs are safe and their wages should be fair.

Meanwhile, the real citizens of this country suffer through a relentless economic disaster, with 20% underemployment and the country's next generation trillions in hock.

Sec. Solis may be doing us all a favor by wedging between the pro-cheap labor Republicans and the pro-free voting Democrats.

If one faction (the Dems) try too hard to make illegal labor expensive, they risk stiffening the backs of Republicans who otherwise support cheap labor.

Of course, one doesn't know just how widespread underpaid illegal labor really is. This could just be a scare tactic on the part of the Democrats.

Lawyers for Mexico on Tuesday submitted a legal brief in support of one of five lawsuits challenging the law. The law will take effect July 29 unless implementation is blocked by a court.