United We Stand -- Obama We Fall

In his deconstruction and denigration of the most successful political system and prosperous standard of living in human history, Obama seems to show little regard for a unified national spirit—a “United” States. 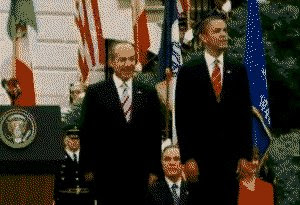 From his fractious campaign stump speeches, to last month’s Arizona-bashing news conference with Mexican President Calderón, to his alienation of ALL parties involved in the Gulf oil debacle, President Obama—who often spoke passionately about “putting America’s house in order”—seems to have channeled that passion into a manic compulsion to sow dissension and division—to be bipolar not bipartisan.

In his rousing 2008 Hope-and-Change campaign, Obama consistently “brought down the house.” Post election however, this effusive 4-word phrase conveys a different picture—the ceiling of prosperity is caving in, the walls of security are imploding, a once-firm foundation seems to be shifting, and our “house” is under threat of dissolution.

Recently, while giving a commencement address at the University of Michigan, President Obama disingenuously asserted, “The way to keep our democracy healthy is to maintain a basic level of civility in our public debate…we cannot expect to solve our problems if all we do is tear each other down.”

But incivility and derision have become Obama’s modus operandi. 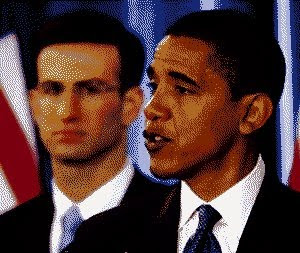 In just 16 months, his constant divulsive vitriol has become banal and predictable; his straw man pitch of “misguided criticisms that echo the failed theories of the past” has grown insipid. His persistent accusation that his ideological adversaries peddle false theories, phony arguments, and petty politics, while his own pushy agenda has proffered no productive solutions, confers our ship of state is an empty, rudderless vessel—awash upon a ruthless tide—listing among rocky shoals.

Obama’s presidency is now sailing over dark waters of envy, division, and fear.

Cap and trade, unchecked immigration and border violence, the misdirected Stimulus, upcoming 2010 elections, emerging census fraud, and now the ongoing hellish Gulf oil catastrophe, have captured our national attention, all the while overlooking the crux of America’s problem—we’ve lost our grasp of history, we’re not working together, and we’re too divided.

American’s have always resolved their differences—they’ve conferred, compromised, and found solutions. But now, there is a scissure—a divide—which Obama’s factious rhetoric has created. And Americans don’t like it—we don’t like division—we want our house in order.

But president Obama has become a splintering homeland wrecking ball.

For almost a year-and-a-half Obama has spewed vintage Marxist drivel—class warfare. His belligerent refusal to rally Americans together has engendered angst, frustration, pessimism, and now outright hostility, across the land. 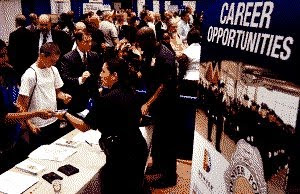 First it was “all-things-evil” George Bush and that nasty imaginary “status quo.” Then it was rich against poor—haves versus have-nots; Main Street against Wall Street; little cats versus fat-cats; public vs. private; Grandma sick of her healthcare provider, and Grandpa not seeing eye-to-eye with the ophthalmologist. Speech after caustic speech has pitted the poor, defenseless individual against the giant special interests who purportedly dominate Washington—seniors betrayed by CEO’s dumping pensions while pocketing bonuses; those getting prescriptions against the drug companies; young voters misunderstood by their elders; workers who had jobs shipped overseas by conglomerates; the powerless against big money law firms; veterans returning from Iraq and Afghanistan who’d been “misled” into war; coffee vs. tea—it was “any available victim” against the big banks, credit card companies, insurance lobbyists, oil barons, or anyone in a tax bracket higher than your own.

Obama’s finger pointing and “kick ass” negativity is pessimistic and despoiling--we need optimistic leadership with spiritual verve. Obama is a misfit for the task.

If any of the aforementioned societal conflicts contain validity—and many do—you don’t separate America to solve the problem, you mend America—you pull America together to overcome unfairness and discord, and to spread prosperity.

The problem is, Obama is a Progressive—he doesn’t want our help. He needs us separated. If we aren’t separated, government can’t be in control, and control is simply another way to spell Progressive. 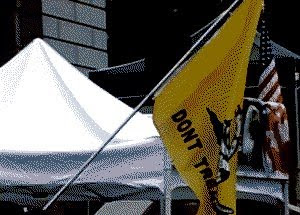 This Obama lunacy created unwarranted tension and has fiercely angered Americans across the nation from every demographic.

There was the Beer Summit. Obama the lawyer, without facts and apparently not versed in hearsay or probable cause, publicly castigated a white police officer who arrested a black professor. Obama’s irresponsible over-reaction raised the ire of police personnel around the country, and tensions were unnecessarily heightened in black communities.

Also not invited was the National Federation of Independent Business (NFIB), the “Voice of Small Business,” operating in DC, and all 50 state capitals. Obama’s insensitivity to independent business has helped foment lingering animosity and long lasting resentment from private enterprise.

And we can’t dismiss Obama’s dissing of Las Vegas during a town hall where he drew the ire of the mayor by badmouthing that city. Odds are this upset a great deal more Nevadans as well.

In a shameful display of insensitivity, President Obama disrespected New York City while desecrating 9/11. Not only has his terrorist coddling Department of Justice decided to prosecute Muslim Jihadists in the shadow of Ground Zero, he and his liberal left friends—ACORN, RainbowPUSH Coalition, Apollo Alliance, AFL-CIO, among many—have turned 9/11 into a partisan National Day of Service.

Henceforth, 9/11 will be a leftist celebration of activism, environmental justice, and the “greening” of America, not a day of reflection, respect, and remembrance—we’ll now honor liberal service instead of victim sacrifice.

Obama hasn’t just rankled cities, he’s riled states. During the force-fed passage of his health-care bill, some states were given preferential treatment in exchange for votes, which created outcries from neglected states not included in his Chicago-style bribery scam—ACORN voter deceit on a presidential level. “Cornhusker Kickback,” “Louisiana Purchase,” and “Florida Flim-flam” are euphemisms for “Divided We Fall.”

Alongside his new war against the states, Obama is waging a battle to eliminate the 10th Amendment.

If states lose power, Progressives gain power, and our personal freedoms are compromised. DOJ attorneys have written a recommendation challenging Arizona immigration law, while Virginia and twelve other states have filed suit in US District Court, arguing that requiring citizens to buy health coverage or pay a fee for Obama’s coercive health care, is unconstitutional.

And 27 coal mining states, including Montana, Wyoming, Pennsylvania (zealot miners who cling to guns and bibles), and West Virginia, felt buried after a 2008 video tape was unearthed in which Obama said he was willing to bankrupt the 3-million member coal industry.

It’s government versus the people—Obama has drawn a battle line.

If Obama’s attack on states and unfavorable demographic groups can be called his hobby, then trashing our Judeo-Christian heritage while appointing Muslims to his administration, is his full-time job.

A mind-boggling series of virtually unnoticed Obama policy decisions, wherein hundreds of Muslims have intentionally been fast-tracked into the administration, is raising concerns. 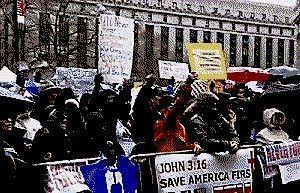 And while liberals go catatonic when the separation of church and state is breached, the US State Department’s Bureau of International Information Programs has assembled a range of programs and publications to celebrate Ramadan and Muslim life in America.

Christian leaders Tony Perkins and Rev. Franklin Graham recently had speaking invitations cancelled on military bases, while a new mosque accommodating over a hundred Muslims has opened in our own Washington, DC Capitol Building.

Obama’s apparent Muslim bias coupled with his dismissal of Christians and Jews, combined with his growing disdain for Israel, is adding to an ever-widening breach of understanding among the faith communities.

From his stilted veto of the Supreme Court during the State of the Union address; his decision not to salute the patriots buried at Arlington National cemetery on Memorial Day; his blatant failure to acknowledge D-Day on June 6th; his exile of the bust of Churchill; his incomprehensible foot-dragging and cursory show of empathy for our Gulf citizens—Obama has created rapidly-expanding rifts between many once mutually-appreciative segments of American society.

Considering the derisive and destructive nature of the Obama presidency, it would not be unreasonable to profess “United we stand, Obama we fall,” and resolutely declare President Obama to be “The Great Divider.”

Kelcy Allen is a freelance writer. He lives in the Pacific Northwest.

Just remember about Calderon's speech to Congress. One thing that sort of lurk around in the back of my head was the thought that Calderon just shot himself in the foot. A quick look around the web via Google gave me a sobering thought about the Mexican economy, I bet their economists knows it, too. The remittance from the U.S. is approximately 2% of their total GDP as of '07-'08. Take that out and their economic growth from that period will essentially be flat. They are relying on the money sent back by the "undocumented immigrants" to keep themselves afloat.

His speech was, in essence, an attempt to keep Mexico from going kaput economically. Too bad that he needs to preach to us about our responsibilities to his citizens that HIS administration can't take care of. That "give me your tired, your poor" thing ain't got a modifier saying "and tell us how to take care of them if you just can't be bothered to give a (hoot)".

I think he realized that he did, in fact, shot himself in both feet.