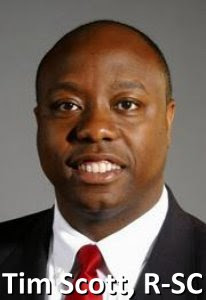 Congratulations to the black Republican candidates who won their primaries several months ago, as well as on June 22nd, the most notable of whom is Tim Scott of South Carolina who received over 68 percent of the vote in the Republican Party runoff. A Charleston resident, Scott is also a state representative and previously served 13 years on the Charleston County Council. He is vying to become South Carolina's first black Republican congressman in more than a century. If successful in November, Scott would be among the first black Republican legislators elected since the 2003 retirement of J.C. Watts from Oklahoma.

Scott and the other black Republican nominees, if elected in 2010, would join the ranks of the first blacks who were elected to Congress during the Reconstruction era - all Republicans. On the list that is posted on the NBRA website are the first two black Senators and the 21 black members of the House of Representatives. 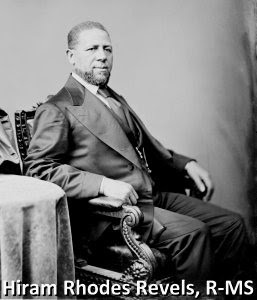 During the era of Reconstruction, Democrats - using the Ku Klux Klan - launched a reign of terror against Republican leaders, especially black Republican elected officials. A series of brutal acts by Democrats were among the reasons there were no more black Republicans elected to Congress for nearly one hundred years, until the election of Edward Brooks of Massachusetts in 1966.

Racism in the Democrat Party - past and present - is buried by the liberal press since it does not fit the media template in which the Republican Party is painted as a racist party. The charge that the Republican Party lacks diversity prevails in spite of the existence of around two million black Republicans in America. Ignored by the media is the fact that a black man, Michael Steele, is chairman of the Republican National Committee.

Virtually no credit is given to Republican leaders for their inclusiveness, including President George W. Bush who appointed more blacks to high-level positions than any president in our nation's history. Bush's appointees included Gen. Colin Powell as the first black Secretary of State and Dr. Condoleezza Rice as the first black female Secretary of State. Both of these accomplished black Republicans were derided as "House Negroes" by Democrats. 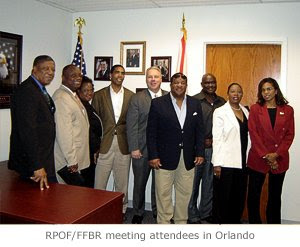 Systematically ignored by the press are Republican-sponsored meetings attended by large numbers of blacks. Journalists avoided the regional faith-based imitative meetings held during the Bush Administration and attended by thousands of blacks. The liberal media displayed a decided lack of interest in the Washington, DC leadership conferences sponsored by Republican Senators Sen. Kay Bailey Hutchinson and Rick Santorum that attracted over 500 blacks each year. Few reporters covered the meetings hosted by the Republican Party of Florida for seven years where over 500 black Republicans attended each time. Although all media outlets were invited to the NBRA Black Republican Forum held in New York City, where football hero Lynn Swann was the keynote speaker, only C-Span bothered to show up.

The media also pays scant attention to the numerous black Republican elected officials serving around the country, most of whom were elected in largely Republican districts. Some excellent examples can be found in the sunshine state, including Florida Representative Jennifer Carroll (R-Fleming Island); Mayor Gow Field of Lakeland; County Commissioner Carolyn Mason of Sarasota and City Commissioner Phillip Walker of Lakeland. Also noteworthy is NBRA Vice Chairman Richard St. Paul who was elected to serve on the New Rochelle City Council in New York. 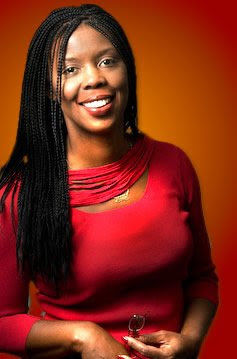 A laughable feature of the media's reporting on Tim Scott is the assertion by liberal journalists that Republicans had to overcome their racism in order to nominate Scott. The reporters used the racist past of South Carolina as the basis for their slam against Republicans. Never mind the fact that the Democratic Party controlled South Carolina for over 100 years after the Civil War, and it was the Democrats who were discriminating against blacks. As is explained in the article "The Myth of the Racist Republicans" by Gerard Alexander, which is posted on the Claremont Institute's website, the 30-year odyssey of the South switching to the Republican Party begun in the 1970's by Richard Nixon was not an appeal to the racists.

In a 2002 article posted on the Internet, the co-architect of Nixon's Southern Strategy, Pat Buchanan, explained the genesis and purpose of the strategy. Buchanan wrote that Nixon declared that the Republican Party would be built on a foundation of state's rights, human rights, small government and a strong national defense, and leave it to the Democrat Party - the party of Maddox, Mahoney and Wallace -- to "squeeze the last ounce of political juice out of the rotting fruit of racial injustice." 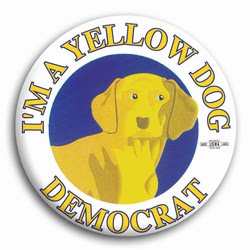 The racist Democrats (some of whom became known as "Dixiecrats" when they formed the "State's Rights Democratic Party" just for the 1948 election) did not all join the Republican Party- the party of freedom and equality for blacks. In fact, those racists declared they would rather vote for a "yellow dog" than a Republican. Sadly, most blacks today have taken on the hatred for the Republican Party from the Democrats without understanding the origin of that hatred.

Once Democrats cease their insidious racism toward black Republicans, African-Americans will no longer feel that their votes are taken for granted. They will, in increasing numbers, seize control over their own destinies. They will vote for candidates based on the content of their policies, not merely the label of their party.

That truly was the vision of Dr. Martin Luther King, Jr. who was -- as the media seems to have forgotten -- a Republican.