Photos, Videos from the Air Document the Shocking Scope of the Gulf Spill and the Horrifying Incompetence of the Obama Administration Response

If you need visual proof of the shocking incompetence of the Obama administration, look no further than this heartbreaking video by John L. Wathen. 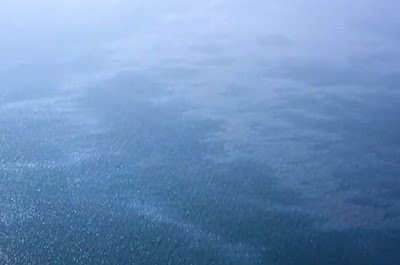 Flying over the Gulf, Wathen documented not only the horrific scope and scale of the catastrophe, but captured the misery and death afforded dolphins, whales and birds each desperately trying to escape an oily fate. 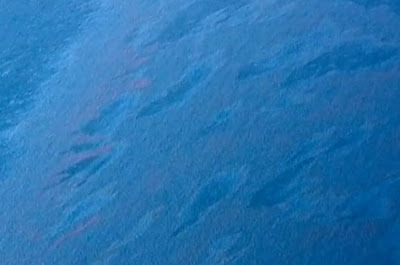 You'll need a strong stomach to tolerate the video -- and a stronger one to consider the level of incompetence demonstrated by this administration and this Congress, who dare to say that they can govern all aspects of private industry on the one hand, yet can't devote the necessary resources to sucking up the pollution their idiotic policies have helped touch off. 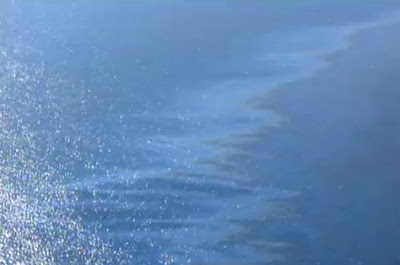 Consider, for a moment, the actions taken by the administration both before and after the disaster. 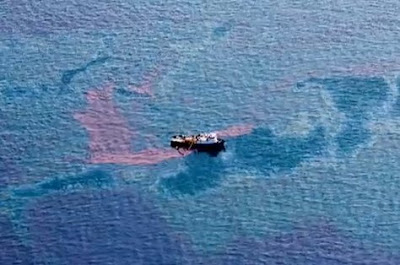 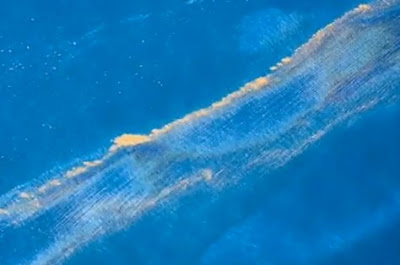 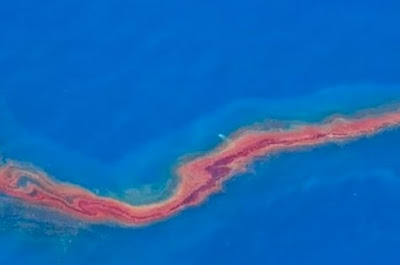 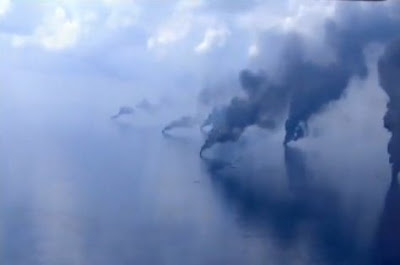 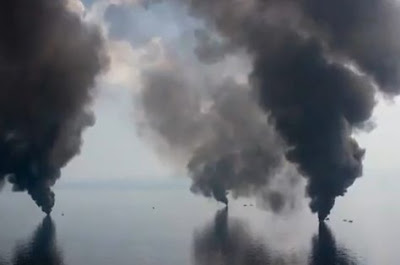 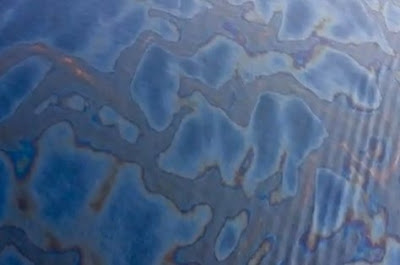 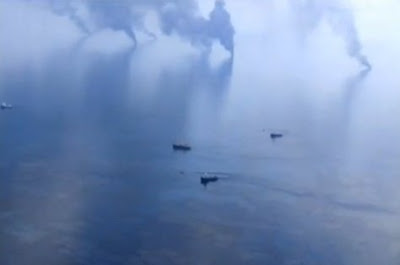 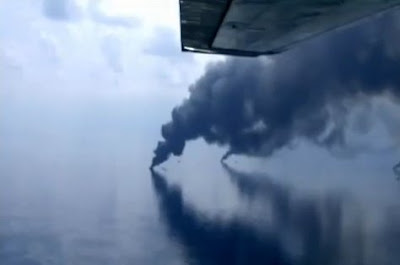 In fact, it appears that BP helped write the Kerry-Lieberman Cap-and-Trade bill so that it could profit from a new energy tax and drive smaller competitors out of business. 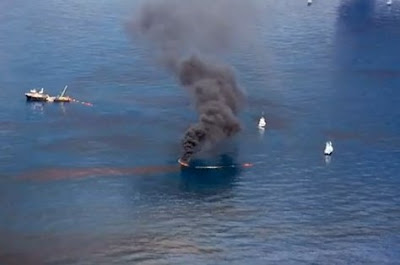 According to Energy Compass, "BP's overt support for climate change legislation brought it some favor with the Obama administration, as did the company's fundraising for Barack Obama himself." 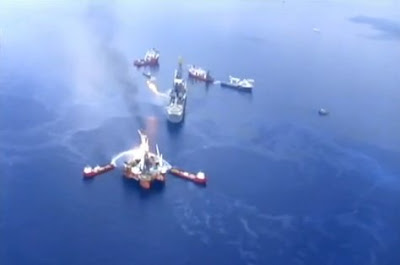 In 2007, now-Energy Secretary Steven Chu went on the record stating his unequivocal support for BP. 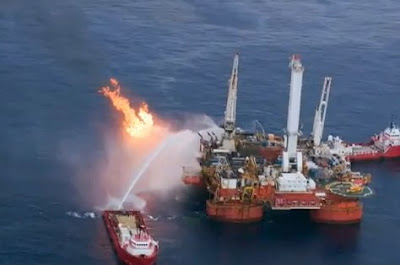 "From BP’s perspective, the evidence that climate change is happening, and that it is manmade, is mounting all the time. As the UN’s Intergovernmental Panel on Climate Change has found, the evidence is almost overwhelming. We could wait until the science is 100% certain, but BP believes that, as an energy company, it has a duty to act pre-emptively..." 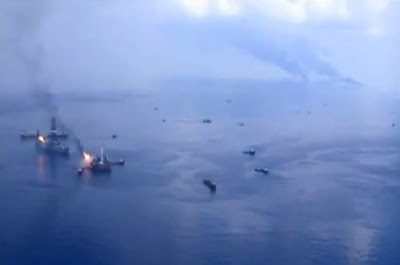 "...When you balance the likely impacts of not taking action against the real opportunities that exist to take action, it is difficult to believe that humanity will not move towards a solution to climate change..." 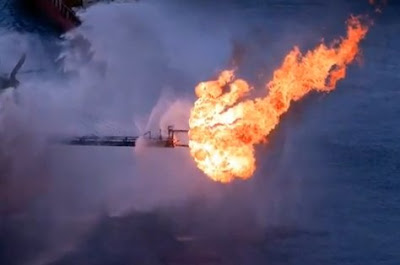 "...We need to ensure that the costs of emissions of carbon dioxide and other greenhouse gases are included in the price we pay for everything – whether it be a television, a train journey, or switching on a light – all should reflect the cost of emissions in their price..." 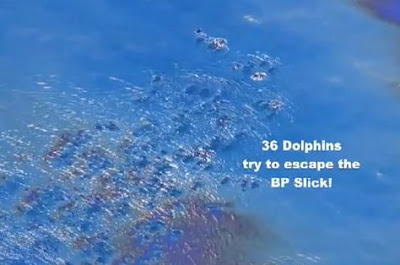 "...This can be achieved through a Cap and Trade system, taxation, or regulation..." 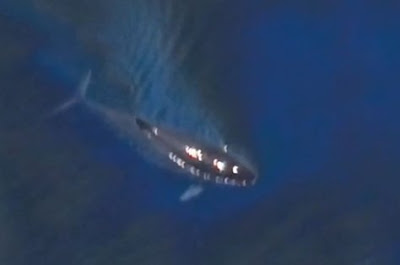 It didn't hurt that Chu received $500 million from BP to "form the Energy BioSciences Institute." 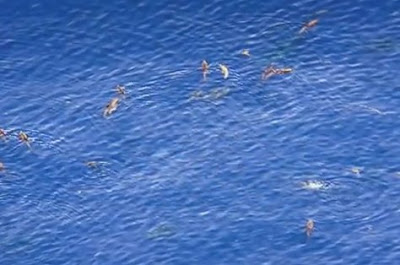 Obama's Energy Secretary and BP are so close, in fact, that Chu hired BP's Chief Scientist as an undersecretary at the Department of Energy. 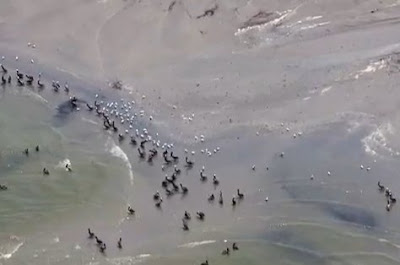 Chu went on to state that BP was "going to help save the world."

* * * * * * * * *
BP represents the epitome of crony capitalism. Every aspect of BP's operations appear to have been vetted, monitored and approved by Steven Chu and other Obama Democrats. Because they wanted BP's money. And its support for Cap-and-Trade.

And now, as life is snuffed out in the Gulf, Obama and BP are once again joined at the hip, a malevolent partnership of despair and incompetence.


Related: What the Obama administration has wrought: the world's first "Oilcane".

Here's a great take on the media response to the oil spill by someone I've never particularly listened to before, on a station I've never cared for before: