Question: How can a self-identified Socialist take an oath to uphold and defend the Constitution? Answer: Lie.

Bernie Sanders is a self-identified socialist Senator from Vermont. Here's Sanders describing one of his social Democrat utopias -- in this case, Finland. 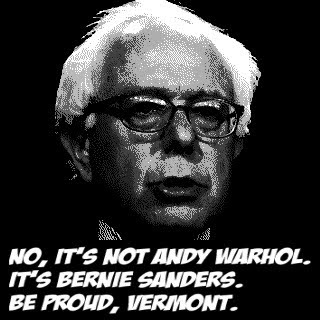 I was honored last year to show Ambassador Pekka Lintu of Finland around my home state of Vermont. There was standing-room only at a town meeting where people came to hear more about one of the world's most successful economic and social models.

And what we learned impressed us. Finland is a country which provides high-quality health care to all of its people with virtually no out-of-pocket expense; where parents and their young children receive free excellent childcare and/or parental leave benefits which dwarf what our nation provides; where college and graduate education is free to students and where children in the public school system often record the highest results in international tests. In Finland, where 80 percent of workers belong to unions, all employees enjoy at least 30 days paid vacation and the gap between the rich and poor is far more equitable than in the United States.

In other words, Finland -- at least according to Sanders -- is a country that the U.S. should emulate. Finland? Gee, could you find a country with less in common with the United States? Population, demographics, economy, immigration, innovation, national security -- are you serious?

You can't be a self-identified socialist and honestly take an oath to uphold the Constitution.

Sanders and any other self-identified socialists, Marxists and Statist-progressives should be systematically expelled from every office in the land. The Constitution is not a suicide pact.