The oh-so-nuanced Arab media weighs in on Turkey's Jihad Flotilla, which had attempted to break the blockade of weapons to Hamas. 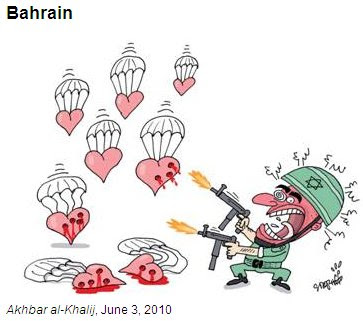 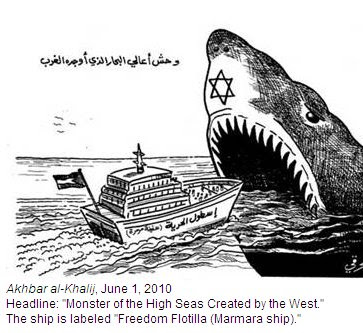 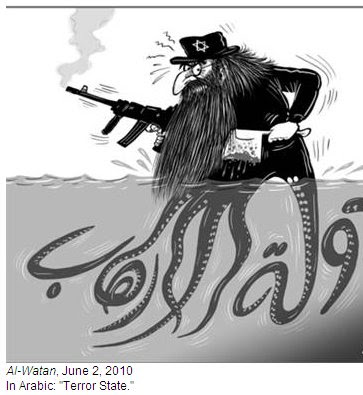 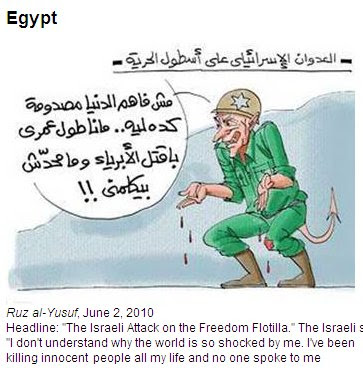 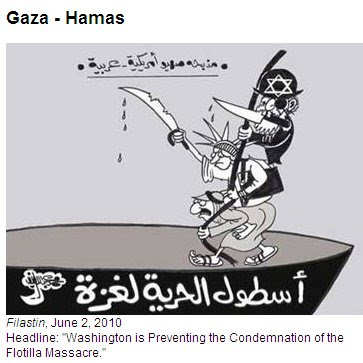 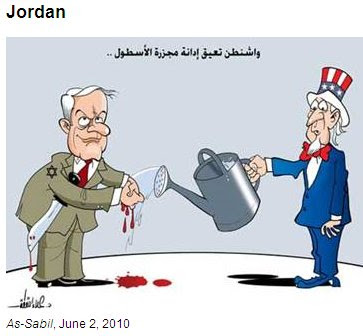 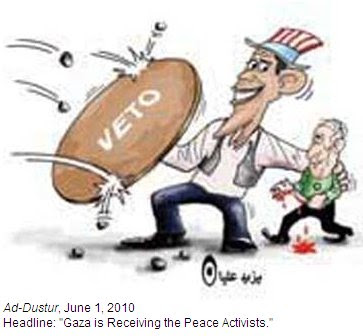 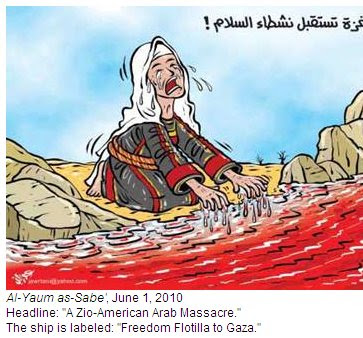 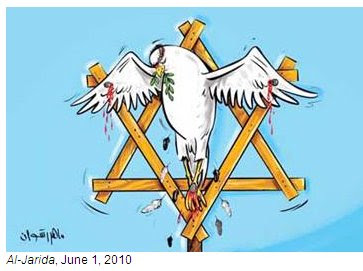 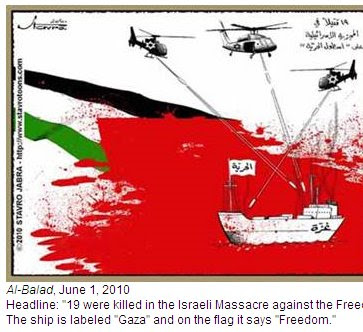 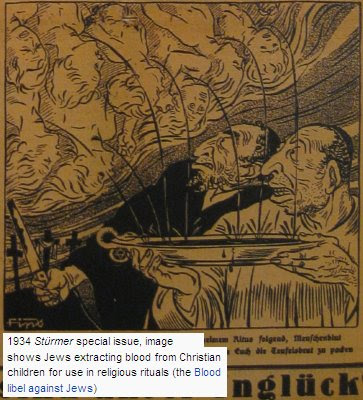 Along with reprints of Der Stürmer. And some Helen Thomas op-eds, of course.

at 10:17 AM
Email ThisBlogThis!Share to TwitterShare to FacebookShare to Pinterest
Labels: extremism, War

I noticed a cartoon representation of Jesus ... not expecting any Muslims to be concerned for their lives over it. But yes, I am sure they are right and we are the bloodthirsty monsters.

It's coming for reals this time-the fecklessness of President Diapers has pretty much assured it.

What is needed is a WWll level of devastation-then there will be peace for a while. A while. Until we face the fact that radical Islam must be destroyed, our planet will never have peace.

The simple fact is that radical Islam is nothing more than Nazism with a religious book.

They scream from the tops of their minarets calling for the death of the west-I don't get it, what are they leaving us to ponder? When iran nukes up and I believe it already has, then that's game set match.

The freaking mullahs have told us, TOLD US REPEATEDLY & PUBLICLY, that they are willing to sustain millions in casualties to destroy Israel. They are perfecting their missiles, I believe, with the intent of launching an off shore EMP attack on us.

And from us? Frigging bows-good luck with that-hope you all have a stock of canned food, ya know, just in case.
MM