Ask not for whom the bell tolls, Eric Holder: "The DOJ is infested with racially motivated hostility towards equal enforcement of the law" 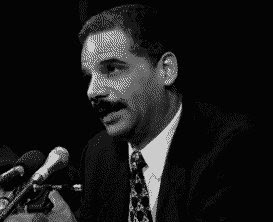 Leave it to Christian Adams, the recently resigned DOJ official, to succinctly interpret the testimony of one Christopher Coates. The former Justice voting rights chief blistered Attorney General Eric Holder's Justice Department as having metastasized with a sickening form of racism.

Coates described a Justice Department that is actively hostile to a race-neutral approach to law enforcement. He stated that he was reprimanded by Acting Assistant Attorney General Loretta King after he asked job applicants whether they could enforce voting rights laws without considering race.

There is a deep-seated opposition to the race-neutral enforcement of the Voting Rights Act against racial minorities and for the protection of whites who have been discriminated against... The opposition within the Voting Section to taking actions on behalf of white voters in Noxubee County, Mississippi,... was widespread...

...The final disposition of the [New Black Panther] case, even in the face of a default by the defendants, was caused by this incorrect view of civil rights enforcement, and it was intended to send a direct message to people inside and outside the Civil Rights Division. That message is that the filing of voting cases [against blacks] would not continue in the Obama administration... 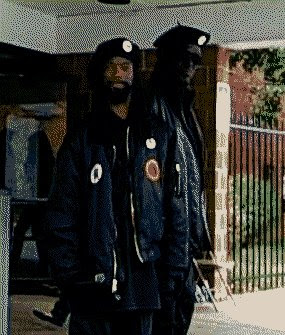 Illustrative of the chaos, reporter Mike Roman revealed earlier this week that one of the Philadelphia New Black Panthers -- Jerry Jackson -- is a "felon in possession of a firearm."

Adam states that Holder's Justice Department is intentionally failing to enforce federal statutes that ban the possession of firearms by felons.

This administration and this Congress is lawless. And that is why the House must be cleaned in November -- and that's just for starters.

We no longer must consult history for a lawyer-hero willing to take personal risk for sacred principles such as the rule of law and racial equality. Our age can claim Christopher Coates. My profession has not seen a hero like Coates since the giants of the civil rights movement convinced the courts to eradicate legal racial discrimination. Coates has dedicated a lifetime to following in their footsteps, to ensuring free access to the ballot.

Today, in the twilight of his career, America witnessed his finest hour.

Eric Holder is destined to become one of history's laughingstocks -- and, very likely, a criminal one at that.

The nation of cowards is coming to call.

The DOJ was well infested before Eric Holder took office as US Attorney General and many of the civil rights laws were silenced by the Bush Administration. It amazes me how the whinners come out of the wood work when they can't have their way about every thing. Think of the millions of people discriminated against in this country on a daily basis by a racist government and society. Please... be quiet with your nonsense.

Anonymous said...
"The DOJ was well infested before Eric Holder took office as US Attorney General and many of the civil rights laws were silenced by the Bush Administration."

Oh yeh? Which ones?

And if you are right does that make this BS right? You make me sick.

BTW the word is whiner and you seem awfully good at it.