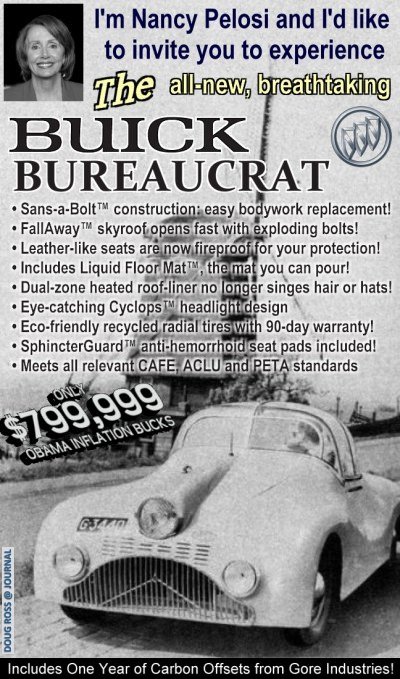 And yet, why are polls telling us there are still only 50 some percent, who do not approve of Obama and this Democratic Partisan disaster?

What has happened to the USA?

The number of folks recognizing this Pelosi-Reid-Obama-Clinton insanity should be over 80% at least.

Something just is wrong...

Perhaps too many are on the old Democratic Partisan dole, or we really have declined to the point of no return.

I note his recent play on fashion on Greta's show, playing to the Palin Franchise fan fare.

I just feel it seems nearly as bad as the mindless fashion presented about Obama sometime ago.

Limbaugh again, laughably showed how much he plays to Celebrity, Popularity, Fashion, just as he did with '24' or even the tiresome 'Family Guy' production. Rush actually said Sarah Palin does not 'quit'. Uh, what? Except when Mrs. Palin abandons the Governorship in Alaska ... the real commitment one should have kept.

We all know Sarah Palin even raised taxes on Oil Companies in the most Populist - Democratic Partisan manner, and even engaged in Liberal "Climate Panel" building within the State Government.

But Rush thinks having your Daughter appear on a dancing TV show is a sign of greatness? How about focusing as a young Mom, and spending more time raising your newly born Child?

The play on Fashion, the Cult of Celebrity is going bonkers. This is the type of hype which is being sold as the next Gipper? Far from Conservative - and most likely it will end up helping the disastrous EPA-PETA-ACLU-PELOSI-WAXMAN-MOBILE.

I am truly beginning to believe we are all doomed.

Today, Chris Christie is fighting the genuine good fight, in the trenches, making a sincere positive difference in a disastrous Democratic Party failure. Jindal, Brewer, Ryan, etc., all doing incredible things for Conservatives and this Country. And Rush placates a fashionable Celebrity Identity?

Where are the WFB's when we need them?