...the amount that taxpayers owe to provide pensions for local and state government employees is much larger – perhaps an extra $2.5 trillion – than government officials have let on, according to an economic advisor to Gov. Arnold Schwarzenegger...

How can this be? Doesn't the state use traditional accounting methods and auditors? Dude, this is California -- where Democrats have run wild for decades, enriching themselves at the public trough -- so the answer is: no. 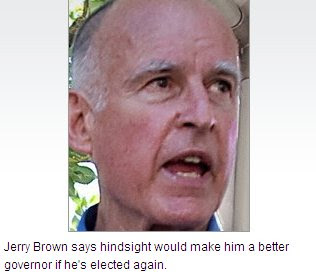 "State and local governments utilize a misleading method for reporting the size of public pension obligations...

“Two identical and unconditional obligations owed by the same government are valued at different amounts. The answer lies in the Alice in Wonderland world of government pension accounting that allows governments to hide liabilities.”

...Because government officials are able to hide their future debt obligations in this way, they “are perversely incentivized to assume the highest rates of return in order to minimize reported liabilities, and then to swing for the fences in investing the capital of those funds in the hopes of actually achieving those returns, producing even more risk for the taxpayers who must make up for any pension fund shortfalls..."

In short, the Democrats who run the state and most municipalities are using every accounting gimmick in the book to set up a government-run Ponzi scheme that would make Bernie Madoff blush. 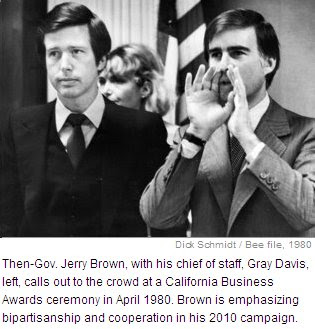 This fiscal fudging has led to the growth in the ticking pension time bomb in California...

Encouraged by that accounting, the state Legislature enacted a law that year boosting pension promises. The hidden cost from that boost has already hit $15 billion and will reach at least $150 billion for the state budget...

More generally, after having reported that liabilities were a fraction of assets and projecting that the state’s pension costs would total $5 billion over the succeeding 10 years, the state actually incurred $25 billion over that period.

Democrat candidate Jerry Brown, who served as California's governor decades ago, has already admitted that a series of his earlier policy decisions were abysmal failures.

If California's beleaguered taxpayers want to turn the page on the Democrats' catastrophic policies, a vote for Meg Whitman would represent a start. The way California got into this mess in the first place is with failed leftist hacks like Jerry Brown.

at 10:26 AM
Email ThisBlogThis!Share to TwitterShare to FacebookShare to Pinterest
Labels: Crime, Democrats, Economy, Unions

we're getting bombarded with Moonbeam ads today on CA TV. He's shooting the wad apparently. He says he'll make the tough choices "at this point in my lefe". i.e.: he's a decrepit old green loser