It's another Democrat record! Cali budget stalemate now longest ever

Good thing thing that California's economy is hitting on all cylinders. 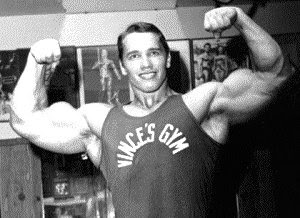 The impasse over solving California's $19 billion budget deficit reached an inglorious milestone today when it officially became the longest stalemate over the state budget in history, though some lawmakers think it may end soon.

...Democrats have been haggling with the governor and legislative Republicans over just how much of the $19 billion deficit will be made through cuts...

The governor's proposal, which the Republicans have generally embraced, would cut $12 billion, including eliminating the state's welfare-to-work program and most state support for child care. It includes no tax increases or other revenue boosts...

I'd wager that experts like Charles Krauthammer and Karl Rove are fully supportive of Schwarzenegger's efforts to behave as a 'moderate Republican', who slows -- but definitely doesn't stop or reverse -- the uncontrolled growth of government.