President Obama: 'the economy was in really bad shape--I feel pretty confident when we get the autopsy back it'll say it died of natural causes'

The invaluable Doctor Housing Bubble offers a lengthy and detailed analysis of the true state of housing in the U.S. In a word: it's Obama-ified.

Remember when good old Hank Paulson gave us a three page memo requesting $700 billion for “troubled assets” which was a nice euphuism for toxic mortgage crap? Some have forgotten the days of September 2008 when the word bailout seemed to be a daily utterance. By the way, the vast majority of those toxic mortgages still sit on the balance sheet of banks even after the money is now out the door...

...At the peak of the housing bubble in 2006 Americans had $13 trillion in equity in their residential real estate. At the peak, total residential mortgage debt stood at $9.8 trillion. Today, American households have $6.2 trillion in equity while mortgage debt has grown to $10.3 trillion. In other words American households have faced a real financial loss of $6.8 trillion. At the same time you’ll notice that the amount of mortgage debt has remained steady. The toxic mortgage waste just sits idly by while banks use the taxpayer wallet as an ATM...

...Again, without fixing the core of the banking system we are doomed for another crisis. Those that believe the narrative that “we had to do what banks wanted us to do” forget that it was the banks that spearheaded this housing bubble in the first place. They were the industry that created collateralized debt obligations and option ARMs. The anger in this upcoming election is justified but might miss the real financial problems. The fix has been in for decades. Until we reform how banks and corporations lobby politicians we can simply expect more crony capitalism for years to come. In fact, the amount of lobbying dollars went up at the height of the crisis... [at right]

...Home values need to reflect a healthy job market meaning wages can support local home prices without taking on some exotic loan. Instead of focusing on that key part of the equation, banks with the support of the government have been obsessed with lowering lending standards, 3.5% FHA insured loans, HAMP, wacky refinance programs, ignoring non-payments, pushing option-ARMs into 40-year interest only balloon mortgages, but in the end it hasn’t worked because jobs can’t justify bubble home prices even today after a severe correction.

Central planning never works. If it did, North Korea, Cuba and the Soviet Union would be thriving economic powers.

Yet our current Democrat leadership is moving us closer and closer to their failed models; they want to set fees for medical care, dictate what kind of cars to build, determine where oil companies can drill, and prevent electricity from being generated by nuclear energy or coal. Centralized industrial policy. 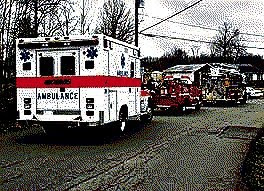 You have to help educate your friends, your neighbors, and your family members to deconstruct the Marxist class warfare of the left. By Obama's formulation, the guy who spent his whole life saving to buy a gas station and now grosses $260,000 and employs six people is 'rich'. So is the police officer who works some overtime and is married to a NICU nurse on the 11p-to-7a shift.

Those are the Democrats' hated 'rich folks' because they both gross (not net) over $250K.

And everyone is suffering with the after-effects of the real estate meltdown.

It is indisputable that the housing crisis was precipitated by the social engineering tomfoolery of the Clinton Democrats. Andrew Cuomo (then-secretary of HUD) and Janet Reno were the enforcement arms of Bubba's administration and they used threats and legal arm-twisting to force banks into underwriting unqualified borrowers.

The actual testimony of the Democrats during that era is available to anyone curious enough to view it -- but you won't see it on ABC, CBS or PMSNBC.

And a word of warning: the housing crisis won't damage as many lives as ObamaCare will.

The NY primary just elected Republican Pallidino? who actually vowed to go after Cuomo as ground zero on the subprime meltdown. He said there is no way that HUD won't be addressed in the campaign. Cool.

All the governments are trying to use tax payer's hard earned money to close the ugly & shabby policies which were passed by them, resulting in job losses,higher taxes .