Watershed Moment: A Few Minutes Ago, the New York Times Was Finally Forced to Report on the New Black Panther Whistleblower's Testimony 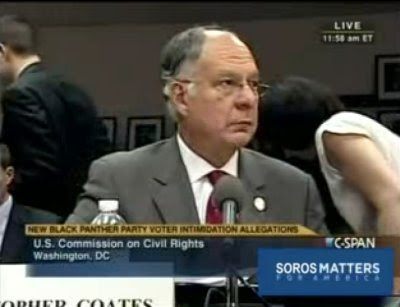 Moments ago, The New York Times finally reported on the testimony of Justice Department Civil Rights attorney Christopher Coates. The most experienced attorney in the Voting Rights division alleged institutionalized racism by the Holder DOJ. Worse for President Obama, Coates is a former ACLU attorney and was originally hired by Bill Clinton. He represents the antithesis of a 'right wing' zealot.

True, the Times' article will most likely appear on page B-17 of tomorrow's fish-wrap of record. Yes, the entire article is roughly three column-inches.

But since the ice was smashed with original reporting by the Washington Post, the DNC publicists at the Times appear to have given up on their information suppression campaign.

As for the rest of the legacy media's reporting on Coates' testimony, the scoreboard stands as follows:

Watergate started with a botched break-in. Methinks the Times' reportage represents a real watershed moment in the pursuit of Eric Holder's bizarro DOJ.

I've been following this closely for some time. Even the piece you refer to here is nothing more than an AP story that goes in to NO detail...and it contains at least one very large LIE. Oh well...what else could we expect from Obama's fish wrap of record?