The Democrat's secret rationale for their crushing new 1099 reporting regulations: they set the stage for implementation of the VAT tax

A little-documented byproduct of ObamaCare kicks in on January 1, 2012. Every business will be hit with new regulations that require any person, company or organization to document their purchases of goods or services. If you transact business exceeding $600, you will be required to fill out an IRS 1099 form and send a copy both to the business partner and the IRS. 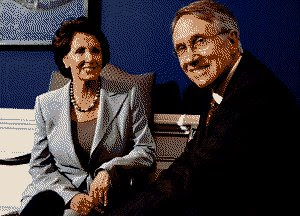 On average, small businesses will now have to complete more than 200 1099-forms (a 20-fold increase) per year.

In total, the new regulations will suck tens of billions of dollars out of the private sector. It will kill hiring by small businesses and destroy investment in capital equipment. In other words, it's a socialist's dream.

A caller to Mark Levin's show last night described a possible rationale for the onerous new regulations: they set the stage for the Democrats' new VAT tax, which will levy a toll on each and every level of production.

In short, the 1099 regulations will allow the Democrats to implement crushing new VAT taxes.

Thus -- not only will income taxes increase across the board on January 1... not only are state taxes rising... not only are energy prices rising due to the Obama drilling moratorium and possible new energy taxes... not only are new environmental regulations certain to increase the cost of food... not only are health insurance premiums rising even now to compensate for ObamaCare's bizarre dictates... but the VAT tax puts the icing on the cake. Harry Reid is directly responsible for both the 1099 provision and the increased penalties for 40 million small-business owners in America... Harry Reid [also] supported every tax increase that President Obama has signed into law...

The Democrats jammed thousands of pages of health care 'law' down the American people's throats without even taking the time to read the bill.

The ramifications -- like the 1099 debacle -- will be complex, unpredictable and inevitably, like all other central planning exercises, disastrous.

Are you motivated for November yet?

I wonder if there is anything to prevent people from filing 1099's for amounts less than $600...imagine if for several months people sent in a 1099 every time they bought a stick of gum or rented a $1 dvd from a box...every damn purchase, no matter how small...and if a Republican house could prevent new funding for the army of new IRS agents Obama wants...

I don't think the Democrats are that clever to set up anything.

They are simply, completely, corrupt and mindless. They cannot even pass a budget, when they own the HOUSE and the Senate. They can do whatever they want, and they cannot pass anything.

The caller to Levin's show might have something, however Mark Levin lost a great deal of credibility by distorting the basic expression of Mr. Mirengoff. It was ugly, and frankly, as a former fan, it was rather disgraceful.

Conservatives used to care about getting the facts straight - Levin is now our own Seymour Hersch. He has no one to blame, but himself.