Larwyn's Linx: In Delaware -- Castle, Soros and a Health Advisory 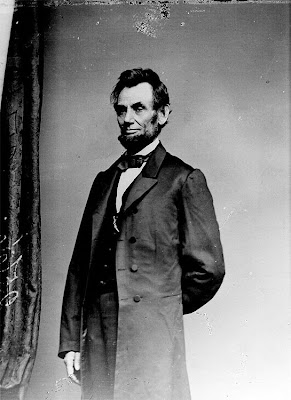 Obama Parties While Democrats Run From Their Party: RWN
Anger Is Now Hardened into Resolve: PJM
Is November Just the Beginning?: AT

Responding to Paul Mirengoff at Power Line: Mark Levin
We Are The Ones Who'll Show You The Door: AT (Cary)
Pax Americana (1949-2010): AT

Reaping the Whirlwind: AT
Mexico Arrests El Grande: Fausta
Muslims Attack Hindus in India: A Warning For the West?: Chesler

It is really funny to see Mrs. Malkin call for 'calm'.

It is laughable really.

She has offered some of the most divisive tenor for years. She has already expressed an 'unhinged' demeanor towards the Bush Administration.

Like Obama and Democrats, she now says in the face of someone who writes a silly letter to challenge her - stop the ugly expression.

But Mrs. Malkin has aided this Fashionable IDENTITY politics, which has an overt AUTHORITARIAN nature - declaring their 'know it all' judgement for those who offer a differing opinion.

It is as if they feel so Omnipotent, so filled with EGO over the years of book deals and tv appearances.

Mrs. Malkin wrote:
""I’m not going to deride or disown my friends in the blogosphere or anywhere else because we disagree. That’s, well, unhinged"

Well, I guess this is a confession of Mrs. Malkin being unhinged, for she has done this repeatedly.

This is someone who called Mrs. Meiers a "bellhop" and said, "I told you so" that GW Bush would NOT sign the Border Fence Bill prior to the 2006 Election. She was wrong, and never offered a genuine, top of the Blog, apology and retraction.

Mrs. Malkin has been a symbol of "Deride Or Disown" so many over the years. Including some of the finest Americans who are on the good side, trying their very best for this Country.

A writer who has never run for Office, never managed on the level of a serious CEO, has offered the most hyperbolic reactionary offerings at times.

And Mrs. Malkin should know better, being very savvy, intelligent, etc. She is one of Our best and brightest, but has bizarrely encouraged one of the most emotive mindsets amongst Conservatives.

Her offering after 2004 was entirely regretful, being lost in reactionary FASHION. The stubborn devotion, the inability to admit mistakes, is quite evident. There is a sincere failure of this talented Pundit, to be able to offer a constructive effort, and encourage a positive movement which attracts all.

Bashing Democrats in the harshest manner is easy, for they are truly deserving, being quite pathetic.

But to burn the entire place down, using the same vitriol for ALL, is unseemly. Americans deserve better than this, and Conservative Pundits should know better.

This is not the sound movements of REAGAN and BUCKLEY. Even Mr. Limbaugh is laughably talking Class Warfare with Republicans - offering juvenile "Ruling Class" this "Blue Blood" that, etc.

It is no wonder why the likes of Malkin, Limbaugh, etc., have such horrid approval ratings in the USA. As a fan, I tried to encourage a more attractive approach, but they are stuck on division - a game of deride and disown on a daily basis.

It is very sad to see, and will always end up weakening in the long run.

They simply are not thinking clearly, and should step back, and regroup. Enough of this garbage, the Conservative Witch HUNTING is destructive. Attract all to join the right side of history, don't make uneeded enemies with your own HUBRIS and EGO.