Look up 'pond scum' in the dictionary and you may see the man who is attempting to tie amnesty for illegal aliens to a defense appropriations bill. 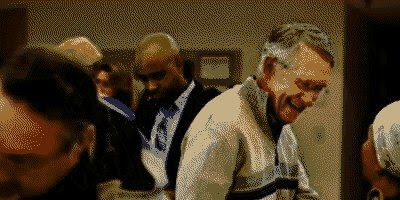 That's right: while we have men and women on the battlefield, a Democrat is once again playing politics with bullets, body armor and MREs.

This Democrat is trying to attach stealth amnesty -- that will encourage illegal immigration -- to a defense appropriations bill.

This Democrat is, for lack of a better term, pond scum.

This work period, the Senate will consider the Defense Authorization bill. Along with critical support for our national security forces around the world, this legislation will address two other important issues that are long overdue.

Passage of this bill would overturn the ‘Don’t Ask, Don’t Tell’ rule for our armed forces. We will finally send a loud and clear message that everyone who steps up to serve our country should and will be welcomed regardless of sexual orientation.

We are also offering an amendment to pass the DREAM Act. This amendment will ensure that millions of children who grow up as Americans will be able to get the education they need to contribute to our economy. Students who come to America before age 16 and who have been here for five years should be able get their green card...

What is "The DREAM Act"? You'll love this:

S. 2075, the DREAM Act of 2005: Need a reward for sneaking into the country and then evading the police for five years? Well, how does amnesty and in-state tuition sound?

If my kids sneak out of the country and then back in, can they get the in-state tuition deal?

S. 2075 would grant in-state tuition and amnesty to illegal aliens under the age of 21 who had been physically present in the country for five years and are in 7th grade or above. Such a reward for illegal immigration serves as an incentive for more illegal immigration. At what point can we stop questioning the Democrat leadership's patriotism and simply declare them enemies of the state?

Or is that too 'right wing'?

Q. "If my kids sneak out of the country and then back in, can they get the in-state tuition deal?"

A. Only if Mexican taxpayers agree to pay for them.

The Democrat leadership ARE the state! (GOP leadership to a lesser extent.)

Citizens need to declare the state as the enemy of the people.

Of course, I'd prefer we just vote 'em out in November. I'd even let them keep the big pensions they voted for themselves if they will just go quietly and quickly.